Pakistan is a beautiful country known for its diverse cuisine, ancient heritage, and movie industry. The country is also popular for bringing forward many talented people in different fields like singers, actors, cricketers, leaders, and so on. Many Pakistani women have marked a special place in everybody’s hearts owing to their talents, grace, intelligence, confidence, and beauty. The Pakistani entertainment industry is filled with versatile actresses that are known for their phenomenal acting and admirable beauty. The top most beautiful Pakistani women in the world include actresses, models, singers, leaders, etc.

These women are classic examples of Beauty with brains and have done wonders in their respective fields. From Ayeza Khan to Zainab Abbas, here is a list of the most gorgeous Pakistani women who have achieved great heights and can make anybody’s jaw drop with their splendid beauty.

List of the Top Most Beautiful Pakistani Women in the World 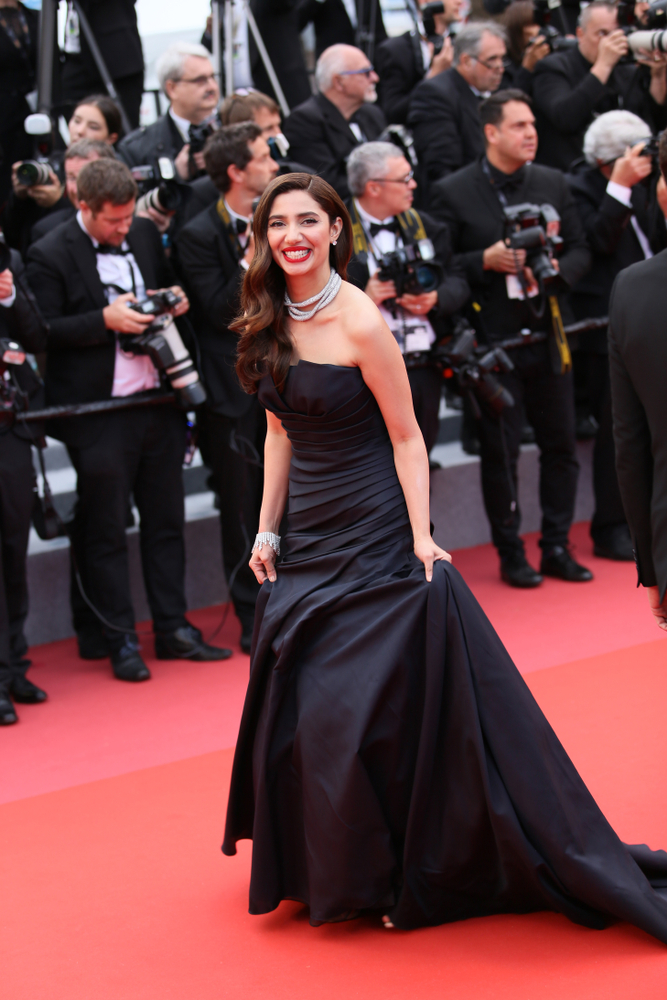 Born on December 21, 1984, in Karachi, she is one of the most beautiful Pakistani actors. Although she started her career as a VJ, she wanted to make a big name in the movie industry. She is best known for playing Khirad Hussain in the romantic drama Humsafar. Mahira also bagged numerous awards for the show and made her Bollywood debut opposite Shah Rukh Khan in the movie Raees. There is no way you can forget her once you see her on the screen. 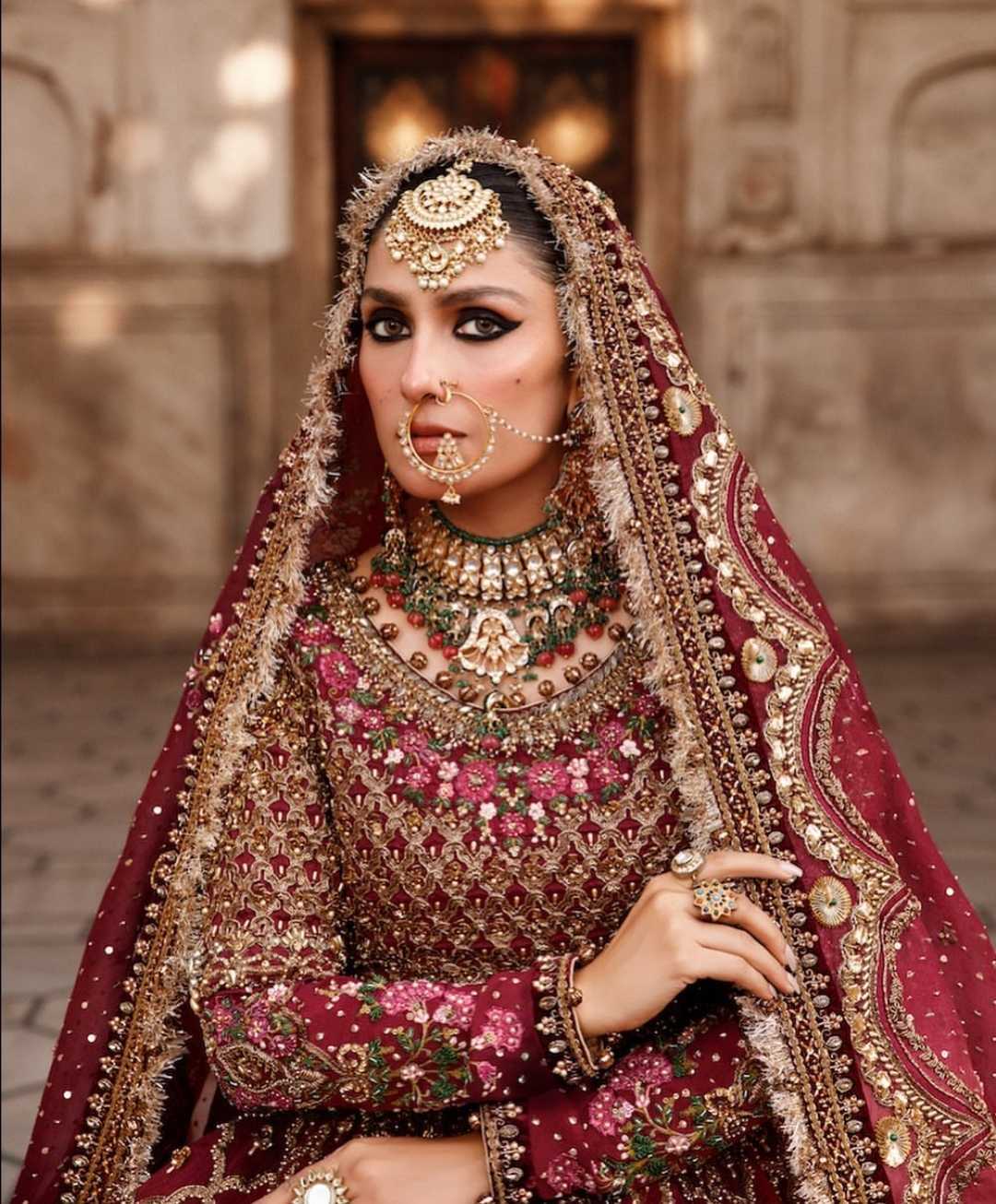 Kinza Khan, professionally known as Ayeza Khan, is a popular Pakistani actress and Pakistani model who has appeared in many TV shows including Tum Kon Piya, Koi Chand Rakh, Mere Meherban, and Chupke Chupke. She is best known for portraying the role of Mehwish in a Pakistani romantic drama TV series Mere Paas Tum Ho. She has received various prestigious accolades and has done over 30 roles. 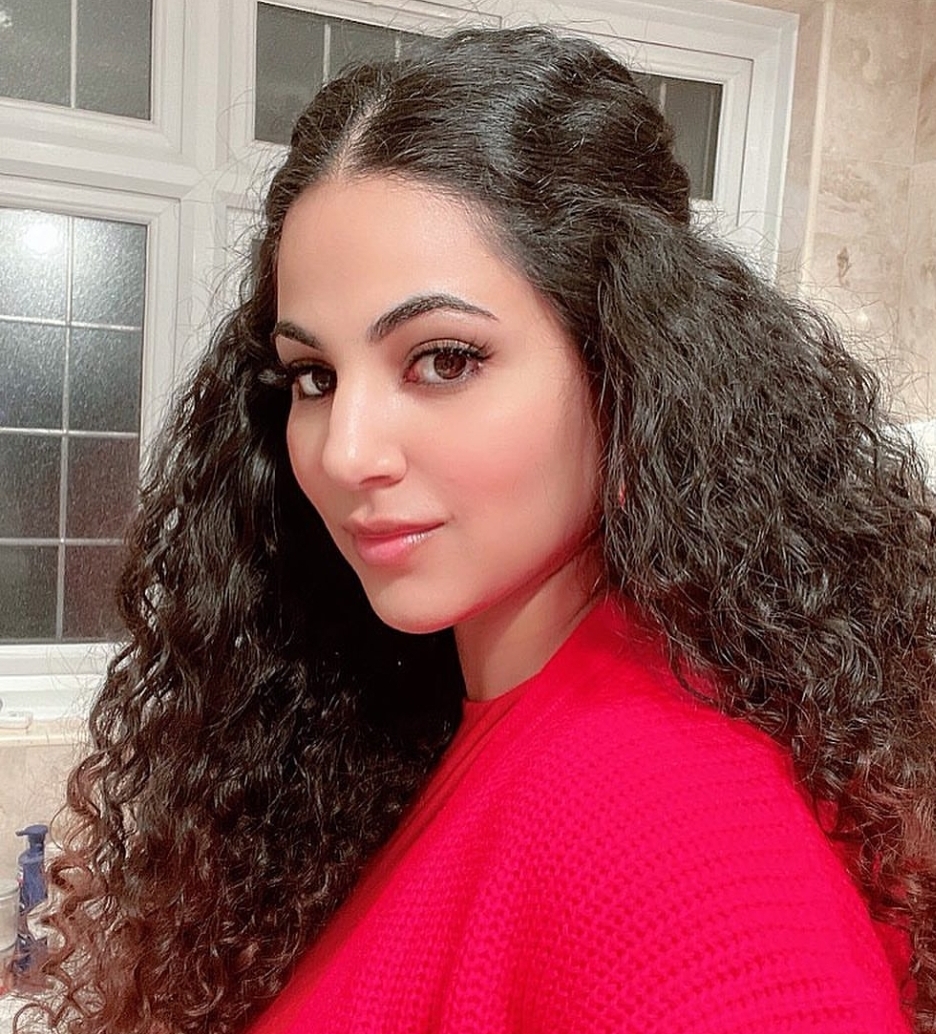 She is bold, beautiful, and talented — yes, her name is Annie Khalid. You must remember her from the popular song Mahiya in the Bollywood movie Awarapan. She is a Pakistani-born British model and singer and has endorsed various international brands including Telenor, Toni & Guy, and Pepsi. Her curls are to die for, and her poise leaves an unforgettable impression on everyone. 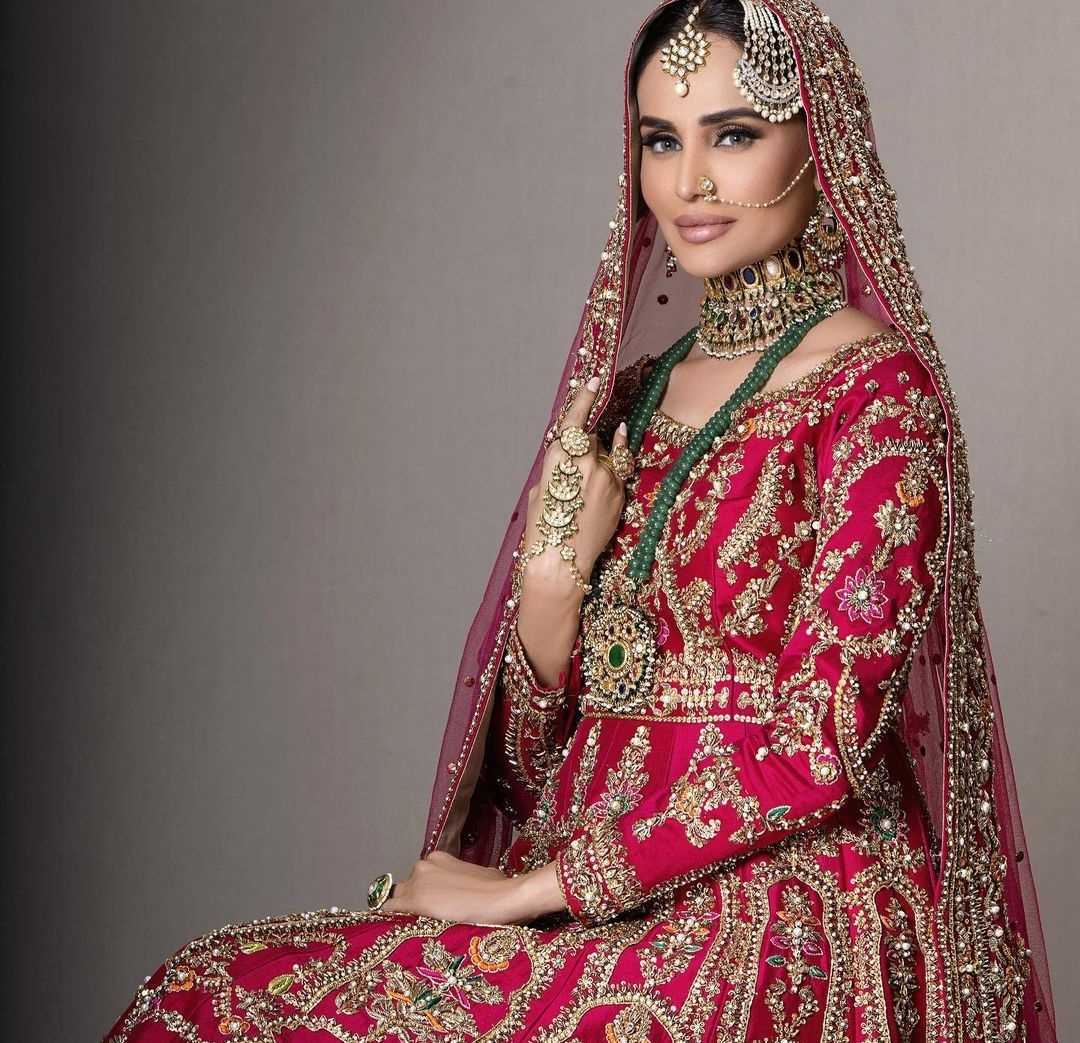 Mehreen Syed’s story is very inspiring — her father passed away when she was only three years old, and she started working from a very young age to support her family and make ends meet. She began modeling while pursuing her studies and has worked as a commercial model for many brands, like EVO, and PTCL. She is a natural beauty, and has walked the ramp for various Pakistani fashion designers. She has made it big by gracing the covers of international magazines including Marie Clarie, Vogue, and Time.

She is a businesswoman too and is the CEO of International Fashion Academy Pakistan, an organization to provide training to aspiring youngsters for the fashion industry. 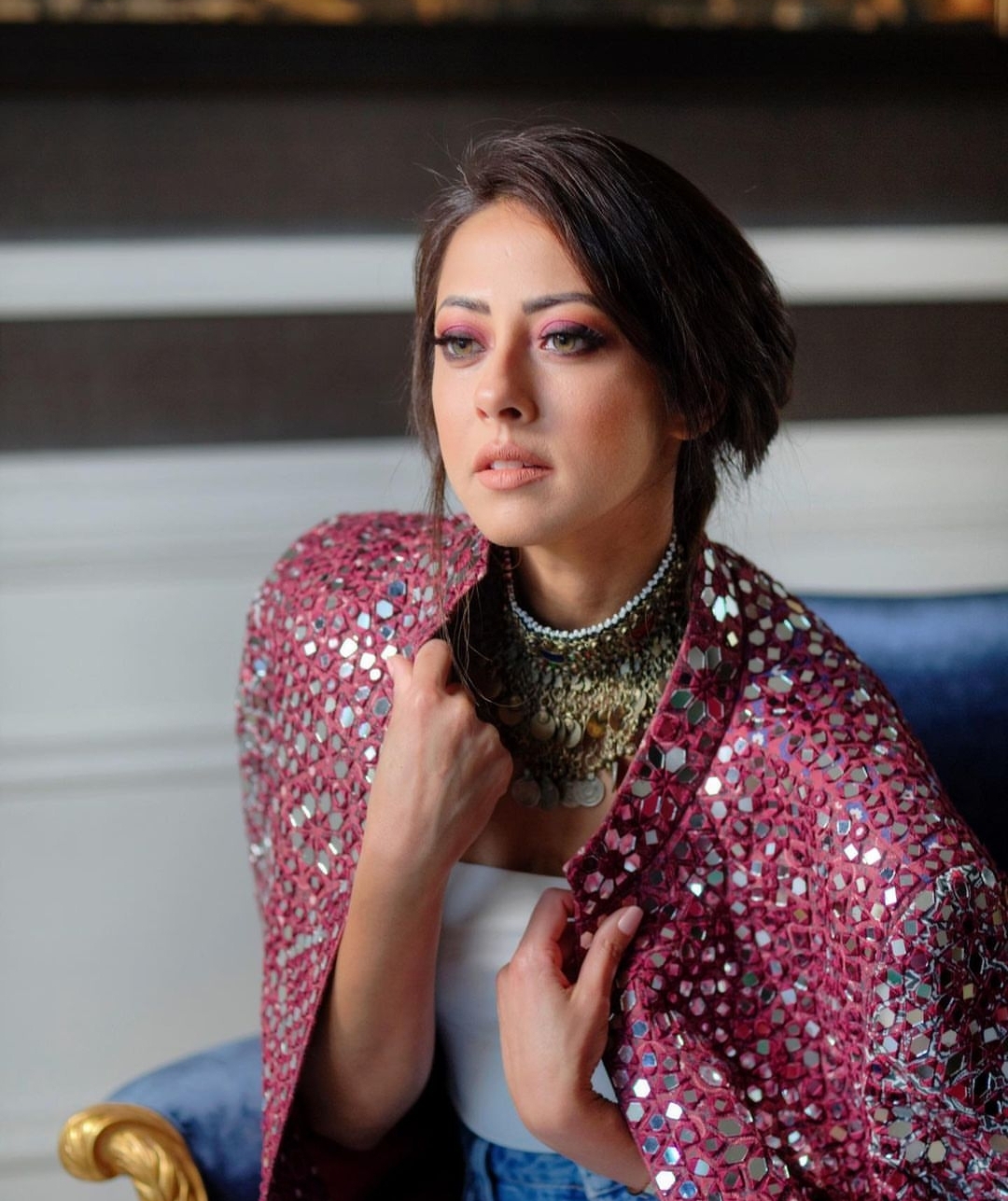 Ainy Jaffri is one of the most top beautiful Pakistani women in the world and is an actress and a model. Ainy has worked in various drama shows including Dreamers, Zip Bus Chup Raho, Meri Behan Maya, Aseerzadi, and so on. Her talent doesn’t end in acting because she is a voice artist too. She gave her voice to the lead character in Burka Avenger, an animated series. This hazel-eyed beauty is a feminist, and often plays the role of a strong woman to motivate everyone. 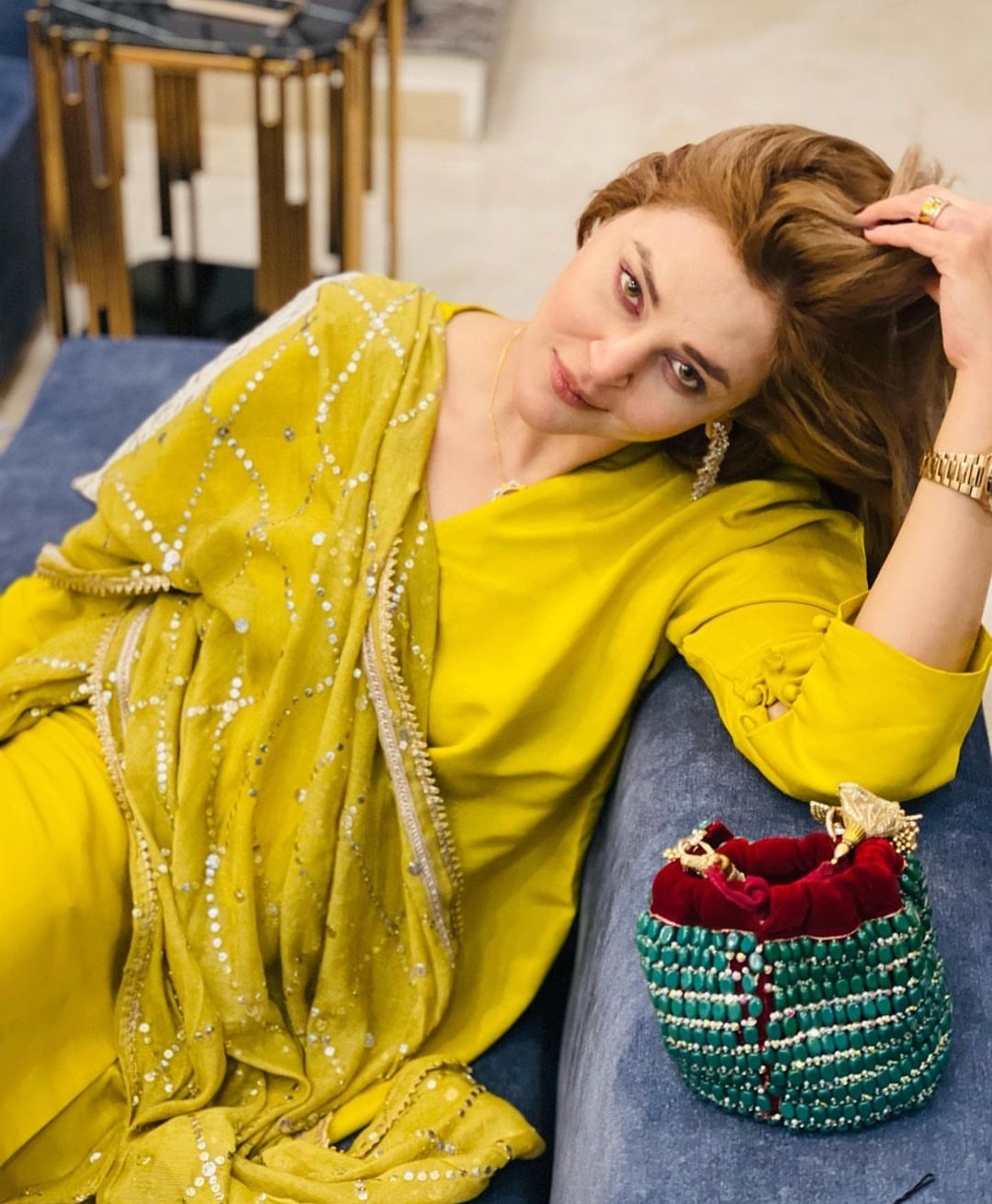 Sana Bucha is a Pakistani news anchor and actress, best known for hosting a show named Lekin. She is the best example of ‘Beauty with Brains‘. She is also known for producing and hosting the first English Language Bulletin on GEO News. She has also worked  in the movie Yalghaar and produced the movie Quetta: A City of Forgotten Dreams.

Zainab Abbas is one of the top most beautiful Pakistani women and is a TV host, commentator, sports presenter, and former makeup artist. She came to the limelight when she started presenting her own show named Cricket Dewangi. She has also been one of the presenters of the Pakistan Super League and has worked with reputed channels including TEN Sports, Sony, and Star Sports. In 2019, Zainab became the first-ever woman sports reporter to cover the ICC 2019 World Cup from Pakistan. 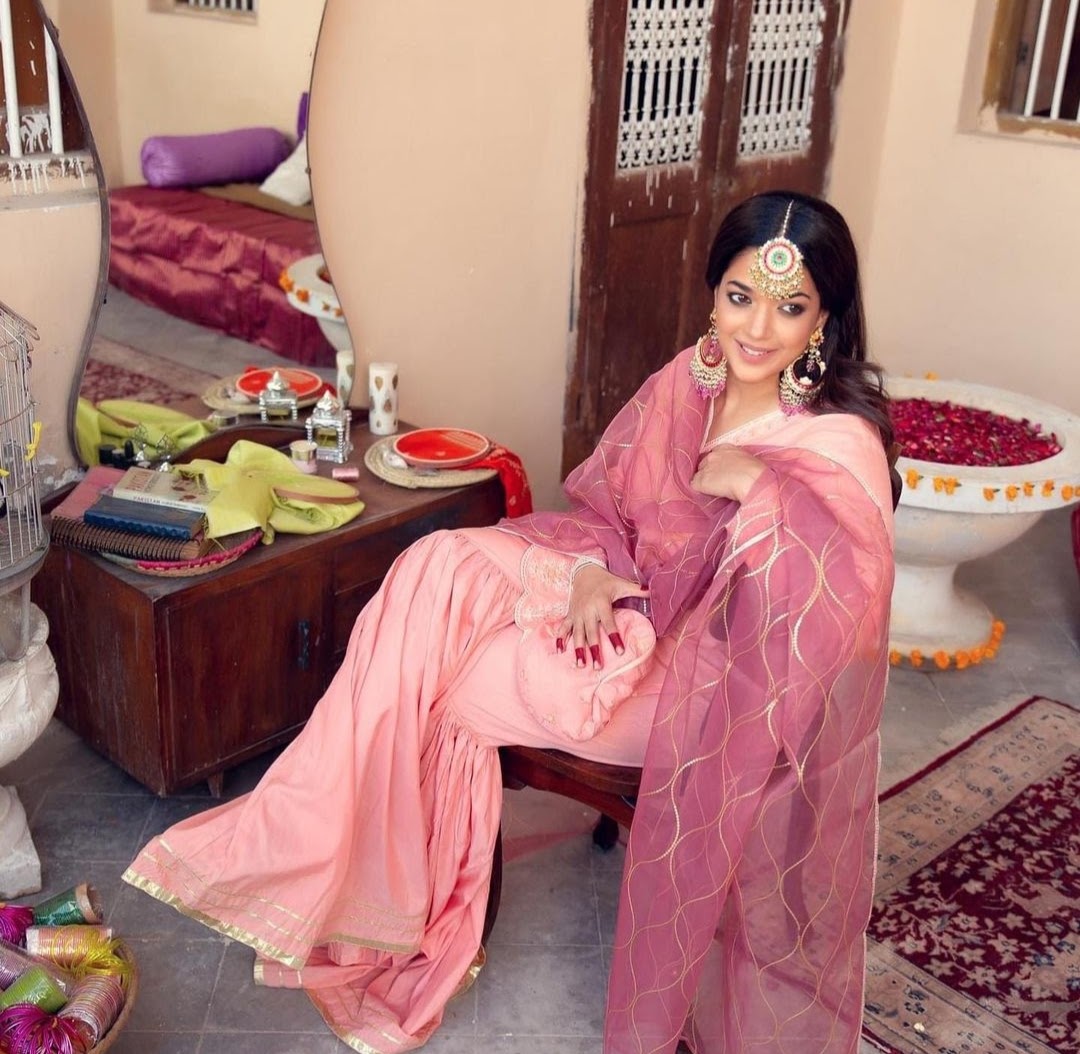 Almost all of Pakistan was used to waking up to Sanam Jung’s bubbly face as she was the anchor of the popular morning show, Jago Pakistan Jago, from 2017 to 2018. This Pakistani actress, model, and former video jockey is known for playing the role of Sila in the TV serial Dil-e-Muztar. She always advocates body positivity and is loved for her chirpy nature. 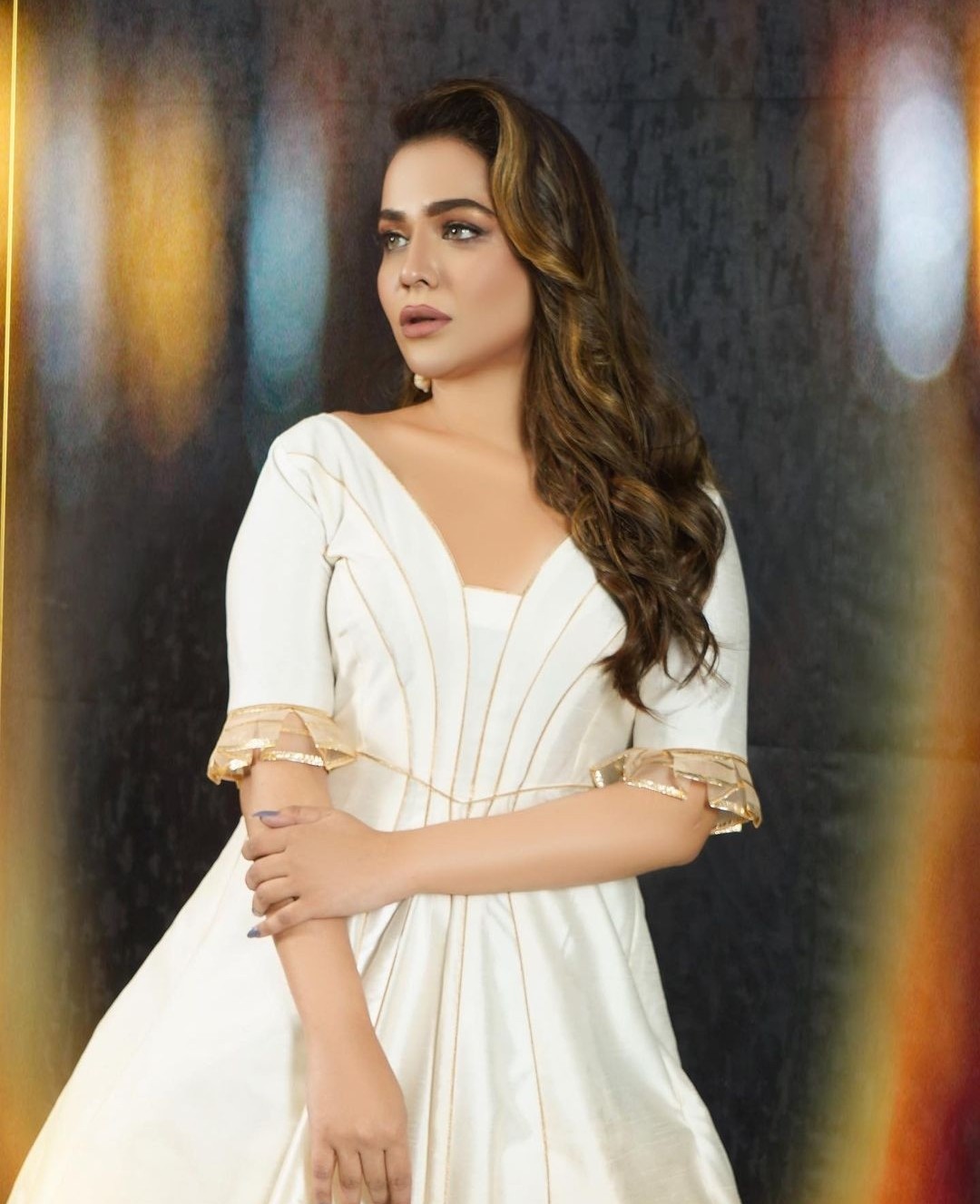 Humaima Malick first tried her hands on modeling at the age of 14, and after acing  it, she went on to do TV shows and movies. Her bold and vivacious personality earned her a role in the Bollywood movie Raja Natwarlal. 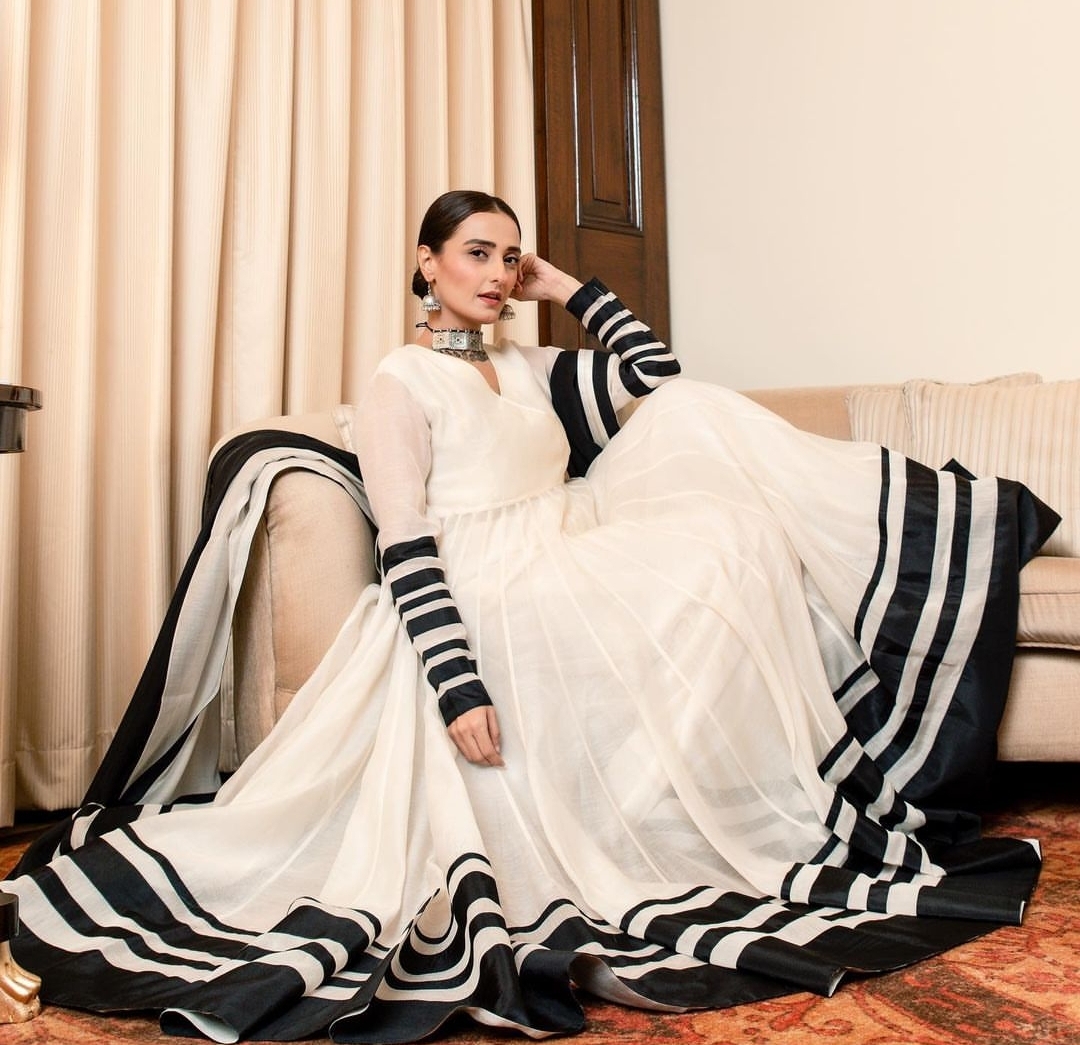 Momal Sheikh’s beauty knows no bounds — her flawless skin, and black wavy hair can make anyone fall in love with her. This Pakistani actress and producer has worked in various TV shows including Yeh Zindagi Hai, Mirat Ul Uroos, Kadoorat, Yaariyan, and many more. She made her film debut with the movie Happy Bhag Jayegi in 2016. In the year 2018, she co-produced the movie Wujood. She is married to Muhammad Nadir and has two children. 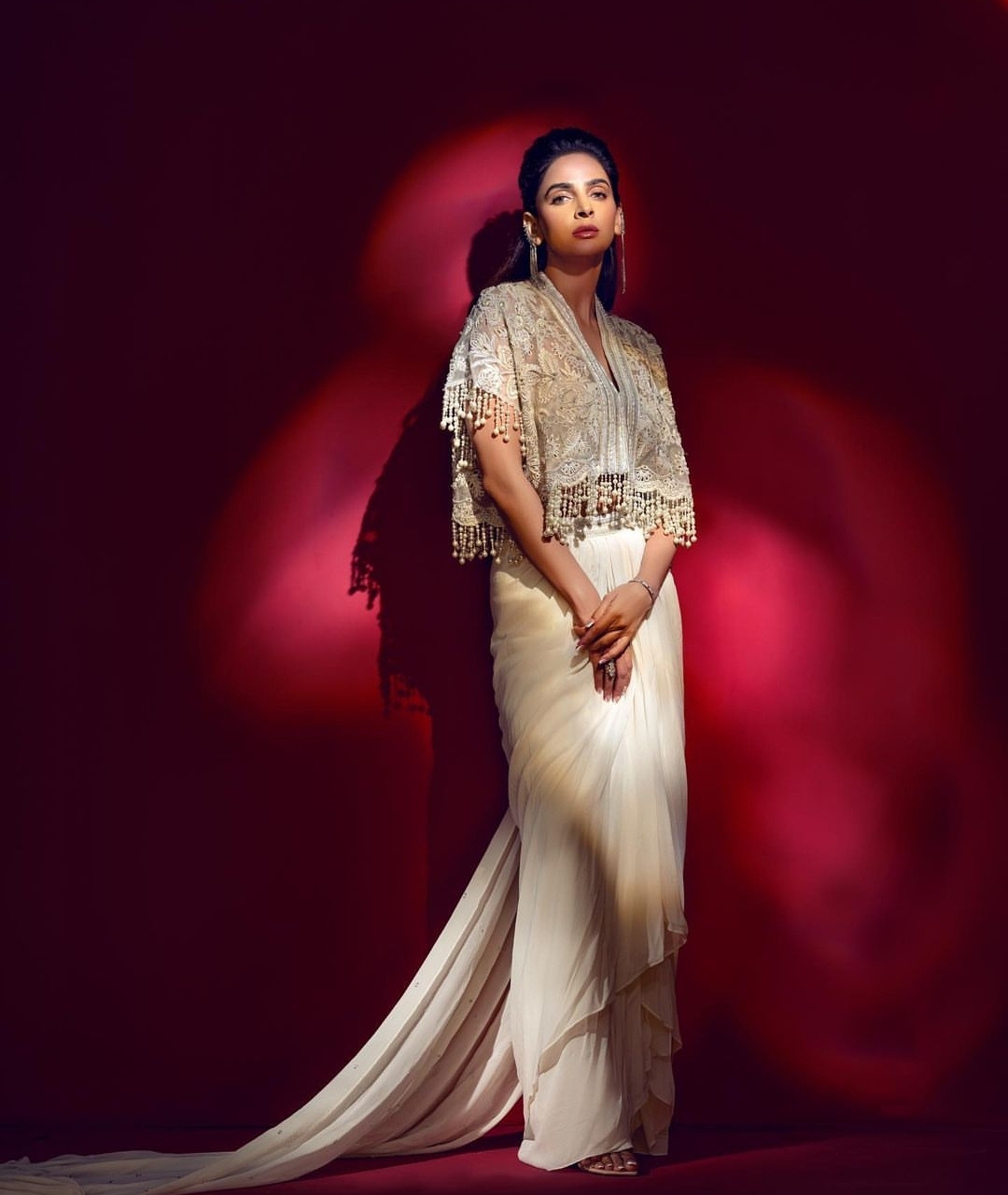 It’s hard to not notice the beauty of this popular Pakistani actress Saba Qamar — her beautiful tresses, striking eyes, and ability to act phenomenally are enough to impress anyone.

She has starred in various popular shows including Dastaan, Maat, Sannata, and so on. She rose to fame when she bagged her role in one of the best Bollywood movies Hindi Medium opposite Irrfan Khan. 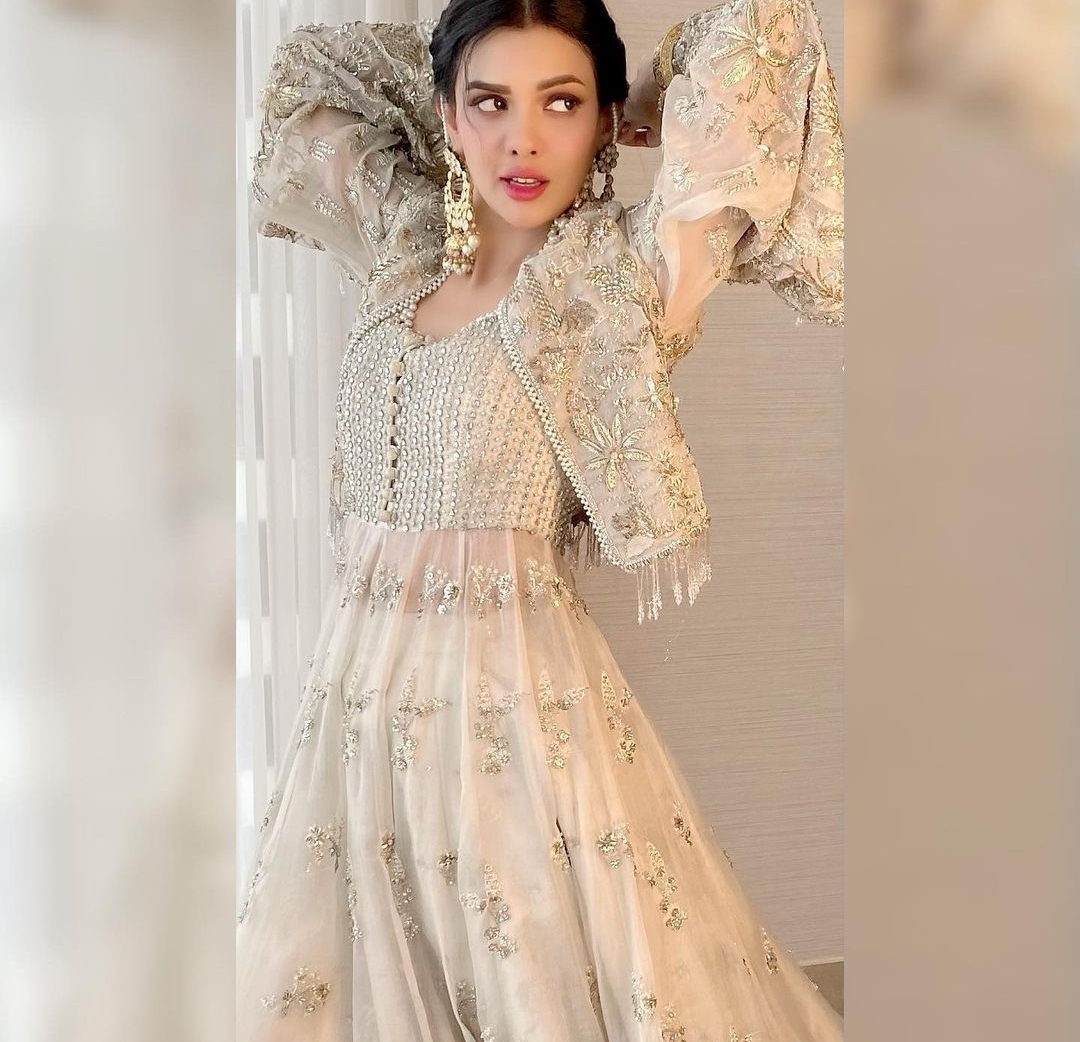 Sara Loren is another one of the top most beautiful Pakistan women who is known for her roles in the movie Murder 3. She has worked in various TV shows and movies and has a huge fan base on social media. 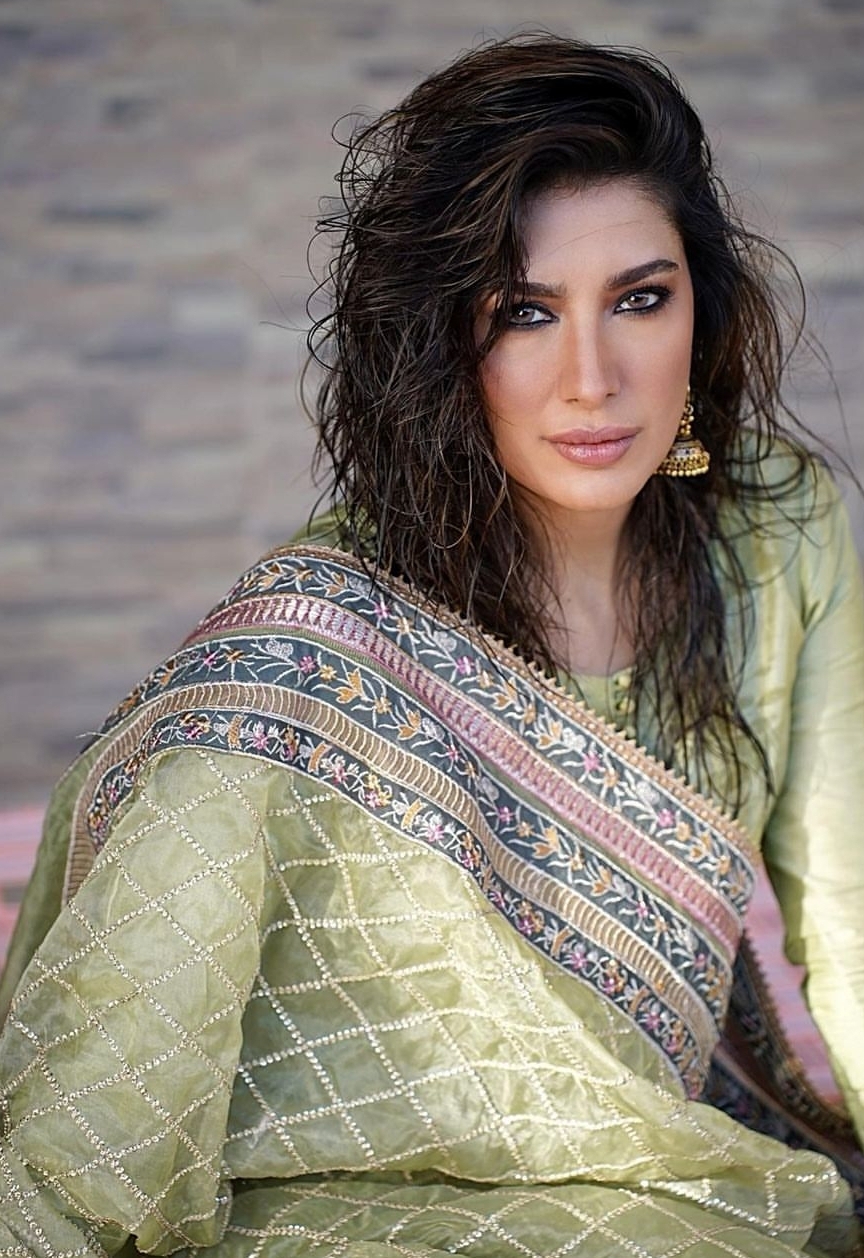 If there is one thing that Mehwish Hayat does perfectly, it is playing roles that you cannot forget ever. This Pakistani actress made her film debut with the comedy movie Jawani Phir Nahi Ani in 2015. Her phenomenal role in the romantic drama show Meray Qatil Meray Dildar was a turning point in her career, earning her critical acclaim as well as a nomination for Best Actress at the Lux Style Awards. Mehwish has starred in numerous TV shows and movies and was honored with the Tamgha-e-Imtiaz by the Government of Pakistan in 2019. 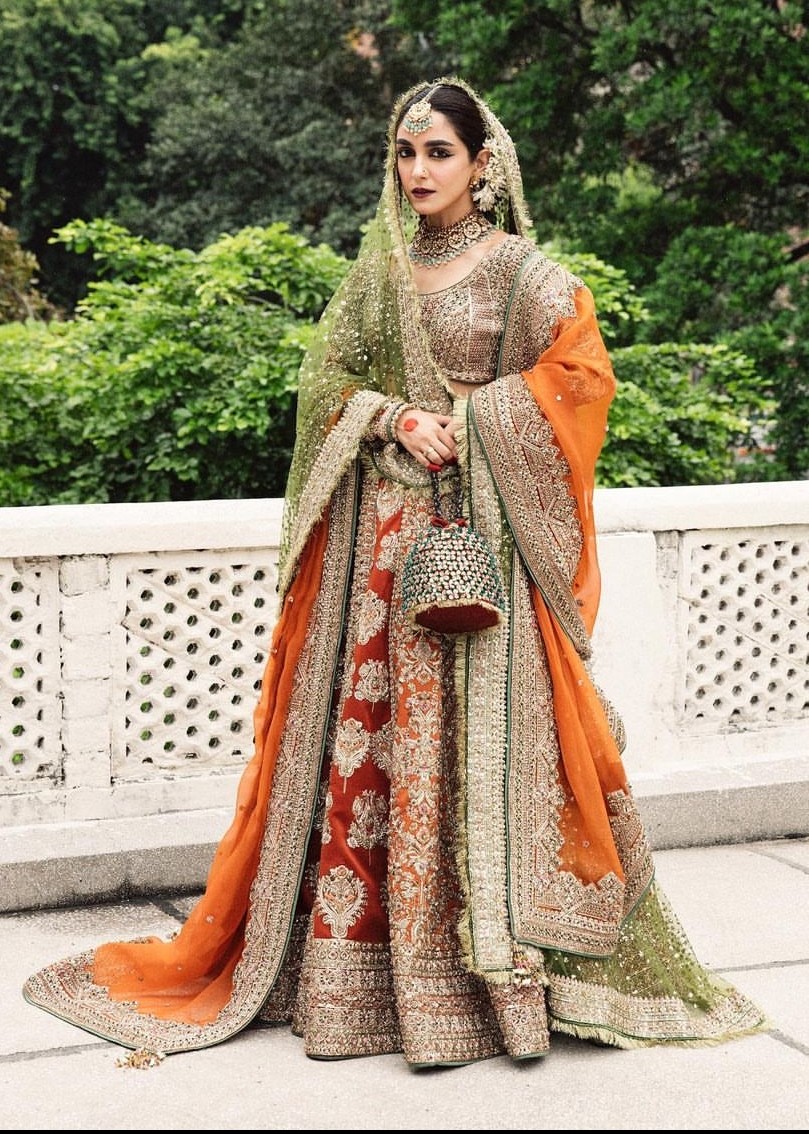 Maryam Tanveer, known professionally as Maya Ali, is one of the most beautiful Pakistani actresses. She got a breakthrough with her performance in the romantic TV show Mann Mayal. She has worked in various TV shows and movies and has received various awards. 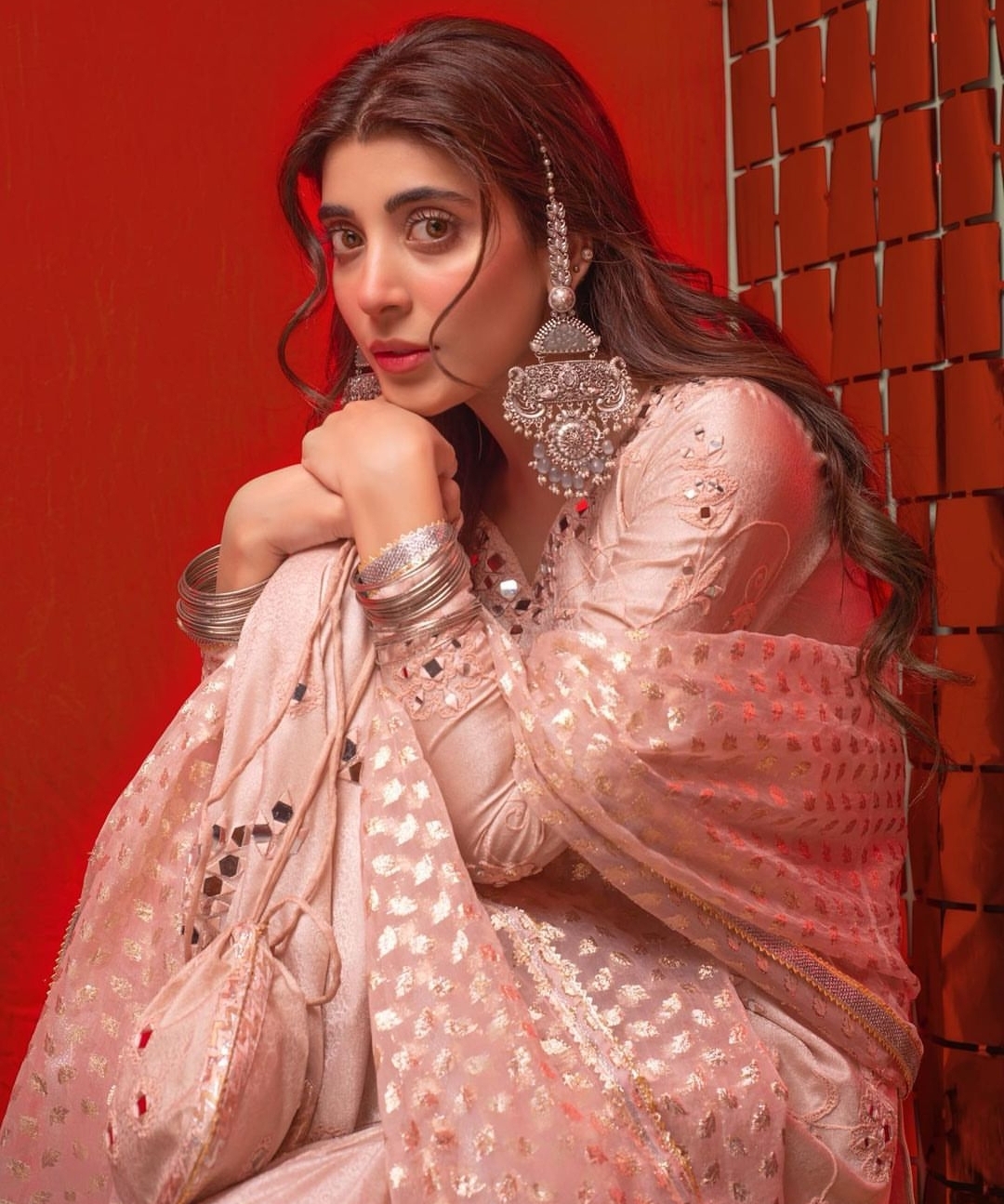 She started off her career as a video jockey, but soon made it big for herself by bagging a role in popular serials like Udaari and Madiha Maliha. Later, she got a lot of love from all, when she debuted in the romantic comedy movie Na Maloom Afraad — her role was applauded by all, and she rose to fame after this. She got married to the heartthrob of Pakistan, Farhan Saeed in 2016. 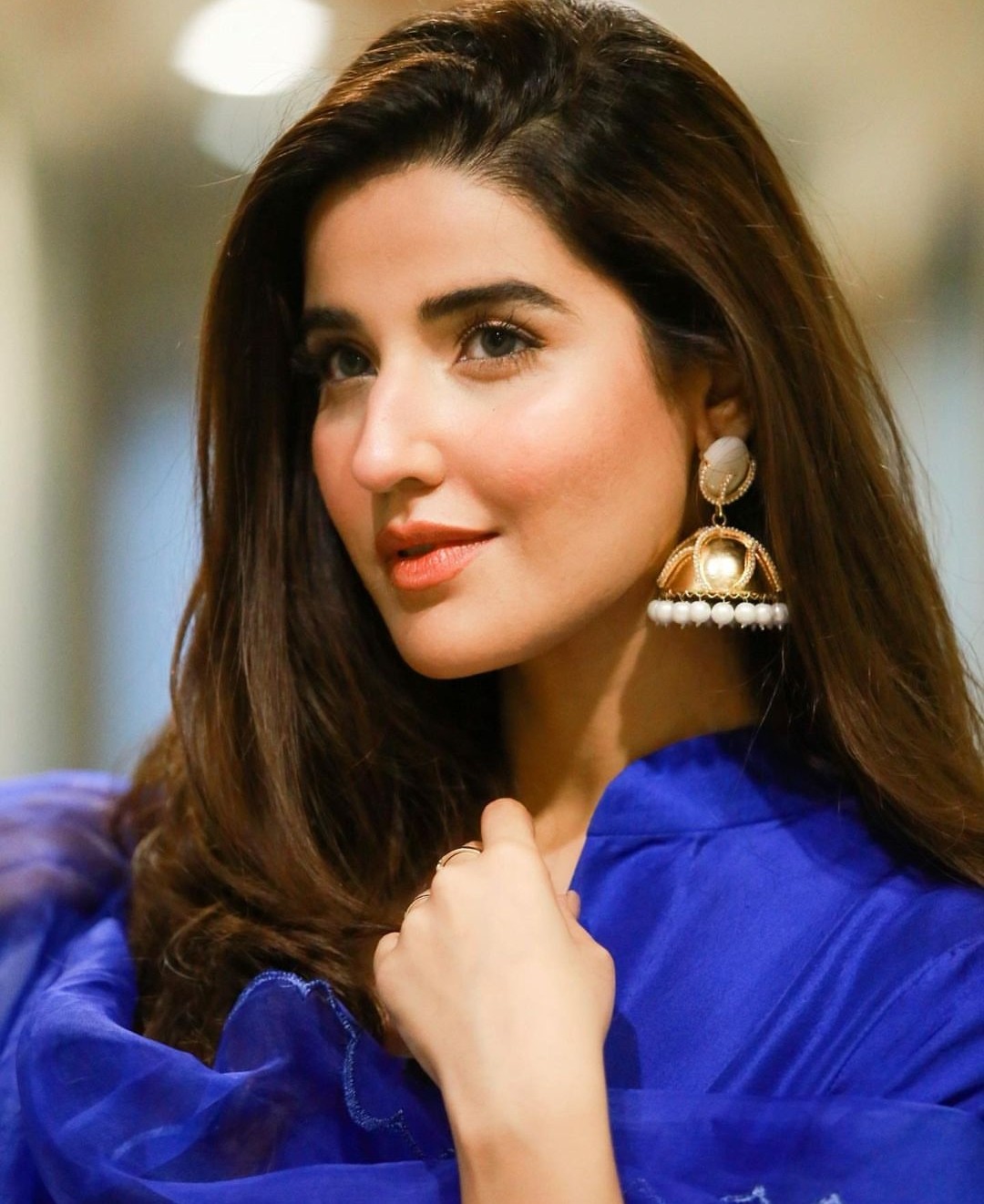 Hareem Farooq is one such actress who can make anyone spellbound with her beauty. She is truly one of the top most beautiful Pakistani women and is best known for her work in the serial Pawnay 14 August and Diyar-e-Dil. She is also known for being the first-ever female celebrity to get the honor of hosting the Pakistan Super League. 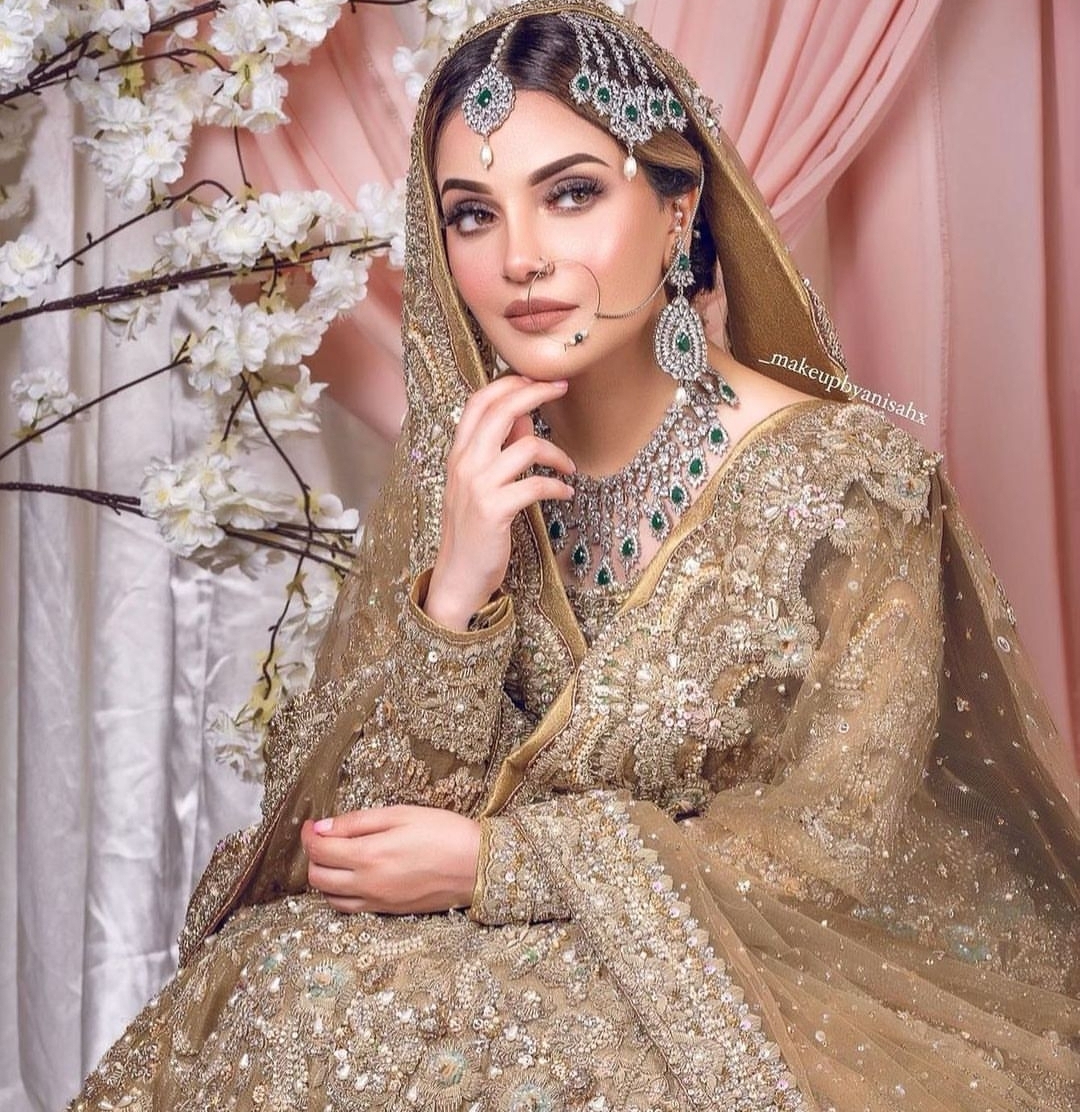 This Pakistani Canadian TV and film actress holds a prominent name in the Pakistan entertainment industry. Recipient of several awards, she has established herself in the Urdu entertainment industry by working in various successful TV shows. Armeena was on the list of “50 Sexiest Asian Women” by Eastern Eye in 2016, and the following year, she bagged the Women Empowerment Award from the Pakistan Achievement Awards. 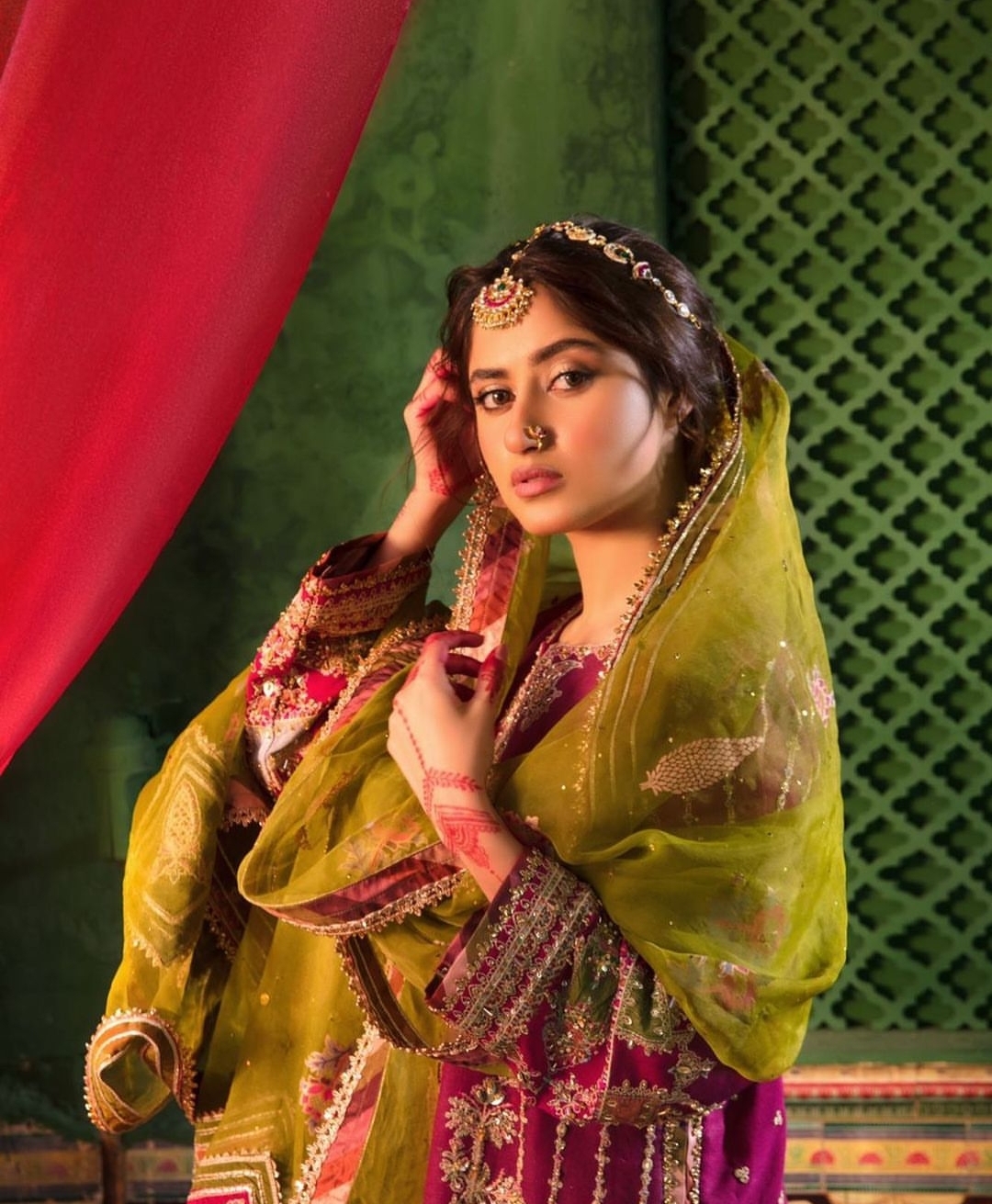 This cute and bubbly actress can make your heartbeat stop. She is noted for playing versatile characters in a range of serials including Gul-e-Rana, Yaqeen Ka Safar, Aangan, and so on. She has bagged various awards and is considered one of the top most beautiful Pakistani women. 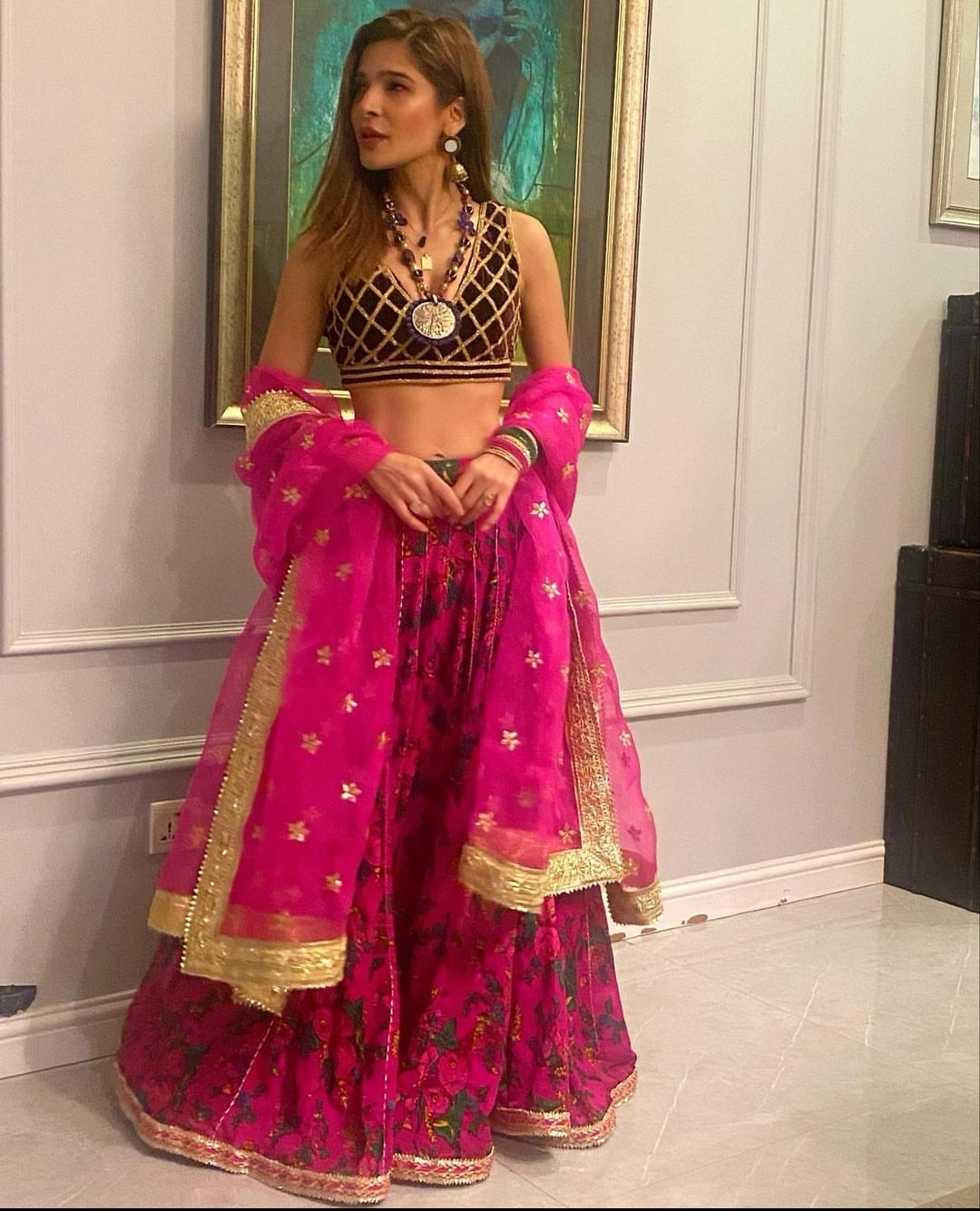 Ayesha is a talented actress, model, Youtuber, and singer. She has worked in dozens of TV shows and also starred in various Urdu-language movies. She is known for her roles in Ladies Park, Zindagi Gulzar Hai, Tanhai, and Dil Apna Aur Preet Parai. 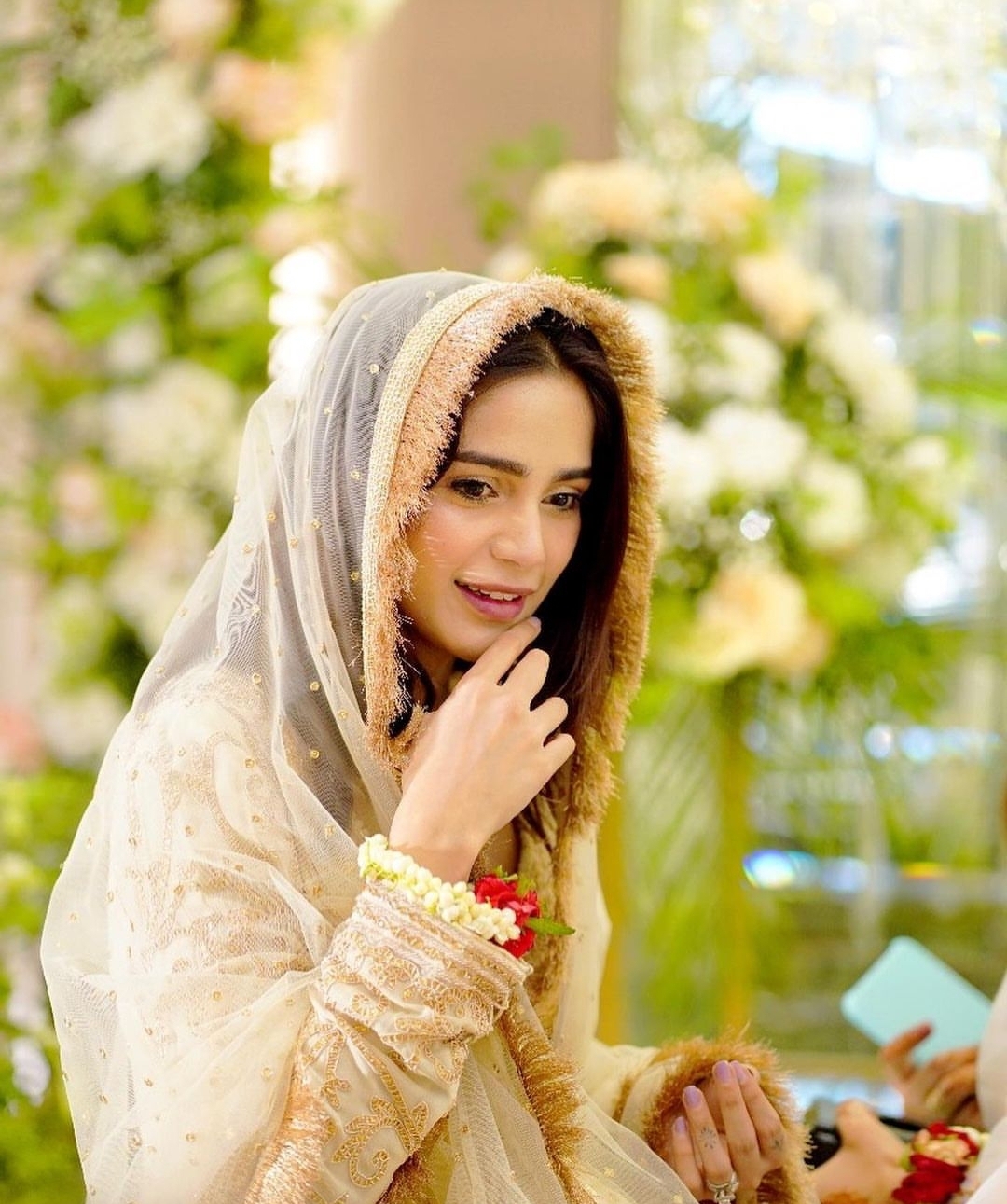 Aima Baig is one of the most loved Pakistani singers and is best known for appearing on the famous talk show Mazaaq Raat. She became popular  with her song ‘Kalabaaz Dil’ for the movie Lahore Se Aagey. Later, she also appeared in Coke Studio and was presented  Tamgha-e-Fakhre-Imtiaz in 2019. 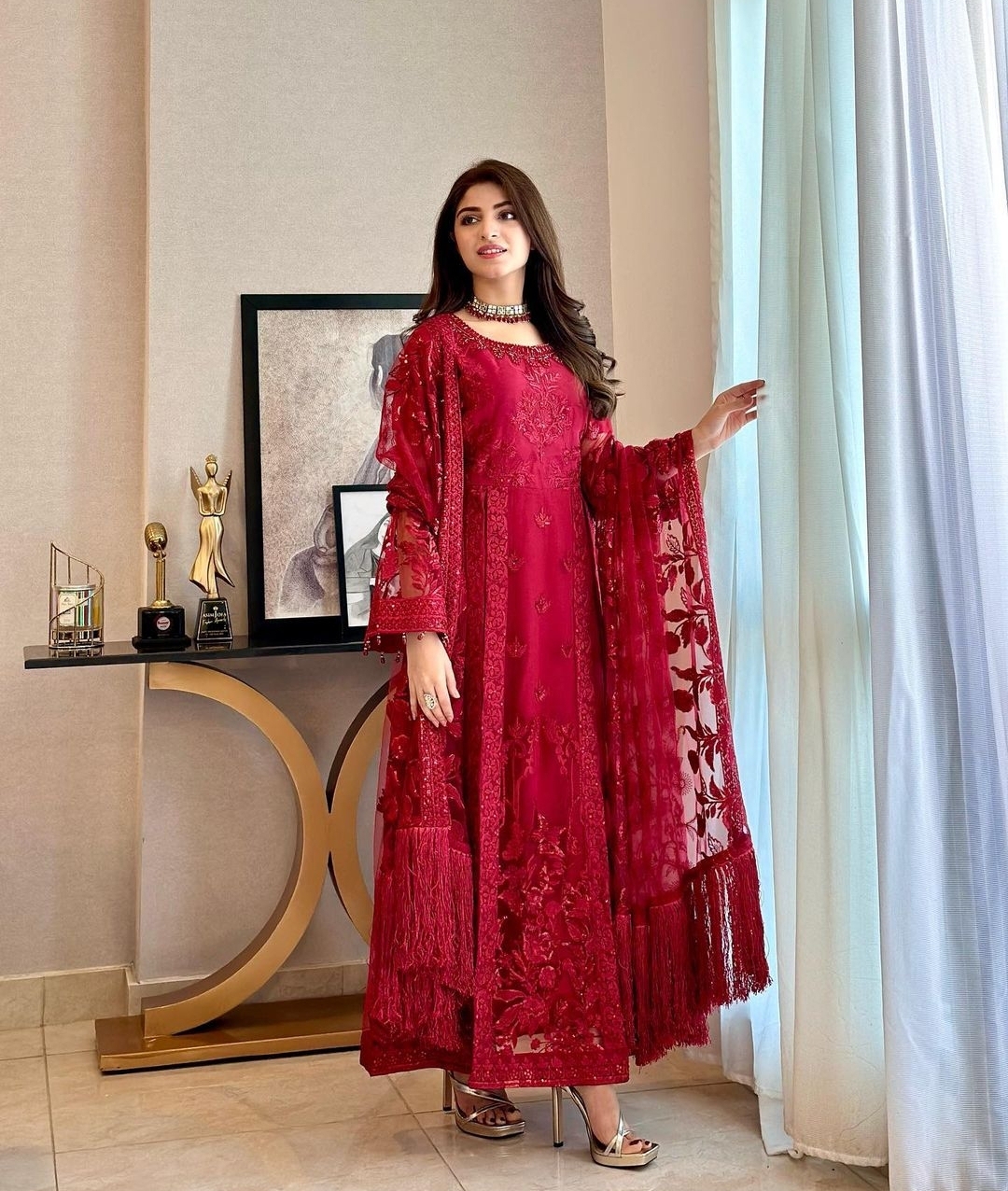 Kinza Hashmi is one of the top most beautiful Pakistani women, and is a famous actress. She is best known for playing the role of Rushna in Hum TV’s romantic show Ishq Tamasha. She has a huge fan following on social media, and is one of the most cherished Pakistani actors.

Pakistani women are the perfect example of beauty blended with intelligence and poise. These top most beautiful Pakistani women have paved the way for youngsters to inspire. They are the true role models for the younger generation, and we hope we can learn something new from them.

What Do 10 Years of the New York Times Young Adult Bestseller Lists Say About YA? – Book Riot