“Retail media is already a sizable percentage of total advertising spend, with forecasts showing it will continue to grow significantly,” JJ Fleeman, president of Peapod Digital Labs, said in a statement. “By bringing AD Retail Media in-house, we will create a connected, go-to-market offering for CPGs, grounded in new capabilities, simplicity and value generation. As the space continues to grow, we’re proud to invest in retail media to continue to propel our companies — and our CPG partners — forward.”

“This is a great example of Publicis Groupe’s ‘Power of One’ retail media strategy, with Epsilon, CitrusAd and Publicis Sapient all involved helping AD Retail media transform with new talent, expertise and capabilities,” commented Thibault Hennion, managing director of international operations at Epsilon. 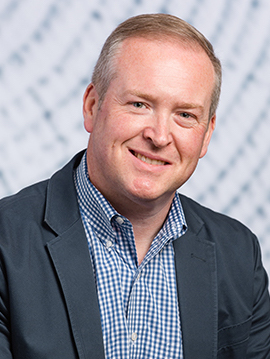 “These new partnerships are the beginning of many new capabilities that AD Retail Media will bring to market in 2023 and beyond.” — JJ Fleeman, president, Peapod Digital Labs (Photo courtesy of ADUSA)

By developing its own retail media arm, ADUSA will be able to advance AD Retail Media through new strategic partnerships and expanded capabilities, Peapod Digital Labs reported. That includes the launch of a unified on-site and off-site platform to deliver one point of activation and measurement for CPG partners; proprietary data to create more relevant ads and improve returns on ad spend; one dashboard for transparently measured campaign results spanning transactions made on-site and across the web; and enhanced, self-serve control to reach customers in a simpler and targeted way.

Peapod Digital Labs said AD Retail Media is slated to transition to CitrusAd, powered by Epsilon, which will make ADUSA the first major retailer to launch a unified on-site/off-site platform with Epsilon’s unrivaled accuracy and reach.

“The integration with Peapod Digital Labs will allow us to work efficiently together to achieve the goals of driving sales growth, reaching more customers with relevant content, and investing in customer value proposition,” stated David Haase, CEO of CitrusAd Americas.

AD Retail Media, too, plans to partner with LiveRamp Safe Haven as a data collaboration solution. “Data collaboration has become an absolute necessity for CPG brands seeking a competitive edge,” according to Warren Jenson, president at LiveRamp. “By leveraging Safe Haven technology, AD Retail Media will empower CPGs partners to transform both their business outcomes and customers’ experiences.”

“These new partnerships are the beginning of many new capabilities that AD Retail Media will bring to market in 2023 and beyond,” Fleeman added. “Through the enhanced network, we expect our partners will be able to create more relevant, measurable, real-time campaigns that produce greater ROI both for the CPG and the customer.” 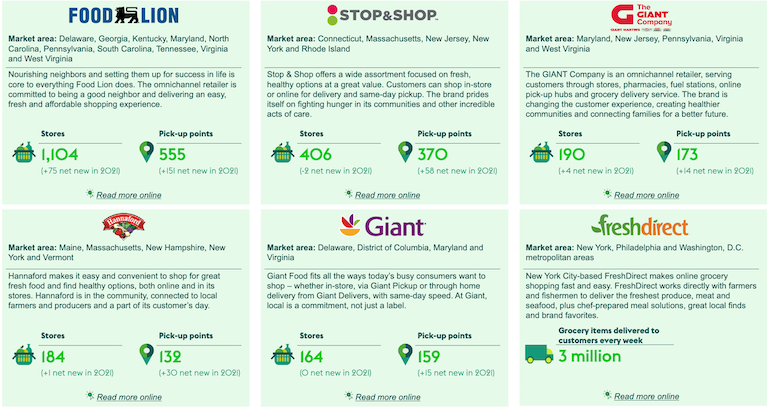 The expansion of AD Retail Network will better enable CPG partners to leverage the extensive reach and daily customer engagement of ADUSA’s retail brands, including store and digital properties, across the East Coast.

Customer data science specialist dunnhumby, in a report release in June, said that last year marketers were projected to have boosted their spending on retail websites and apps by between 28% and 38% in the United States, or about $31.49 billion spent just on retail media. By the end of 2022, the global industry could be worth around $50 billion, the study said, citing Forrester Research data.

“A substantial amount of this income is — and will continue to be — generated through sales to consumer packaged goods (CPG) companies. While Amazon attracts ad revenues from a wide variety of sources, the majority of grocery media revenues are driven by CPG brands, understandably keen to reach out to shoppers in as many ways as possible as they move through their retail journeys,” dunnhumby said.

What’s more, the profit potential for grocers from retail media is high and could provide a big addition to the bottom line, as well as help offset the cost of investment in omnichannel technology, stores and other initiatives.

“Grocery stores operate on incredibly slim margins, between 1% and 2% in most instances. As a result, even the slightest change to the balance sheet can have a huge impact on profitability,” dunnhumby explained. “While rising costs haven’t driven the rise of retail media per se, they do help to explain why it will have started to look like a more compelling proposition to retailers over the course of the past 24 months,” the data analytics firm added. “As well as helping to drive sales and satisfaction through relevance and personalization, retail media can also offer margins in the region of 80% — a step change in profitability compared with the traditional grocery model.”

Indeed, The Kroger Co. cited efforts to grow its retail media business as a driver in its blockbuster deal to acquire Albertsons Cos., blending the capabilities of Kroger Precision Marketing and 84.51° data analytics units with the Albertsons Media Collective, a retail media network launched in late 2021.

Amazon to shut down food-delivery business in India