With a growing, omnichannel-driven business, Ahold Delhaize aims to keep its current leader at the helm.

The global food retailer, parent of Ahold Delhaize USA, plans to reappoint Frans Muller as president and CEO, the role he has held for more than four years, at its annual shareholders meeting on April 12, 2023. With the proposal, he also will be renominated to the Zaandam, Netherlands-based company’s Management Board.

“I am grateful for the nomination and would be honored to continue to lead Ahold Delhaize, together with the Executive Committee colleagues, our great local brands and caring associates, making sure we support our communities and deliver on our purpose of helping our customers eat well, save time and live better,” Muller said in a statement on his renomination as chief executive.

Muller, 61, took the CEO reins at Ahold Delhaize in July 2018, succeeding Dick Boer, who retired. Previously, Muller had served as deputy CEO and chief integration officer since July 2016, when Royal Ahold and Delhaize Group closed their $29 billion merger deal. He also led Delhaize America on an interim basis from October 2016 to January 2018. 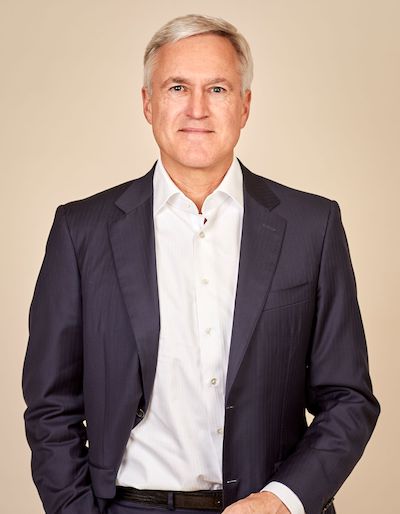 Before the merger, Muller was president and CEO of Delhaize Group since 2013. And prior to joining Delhaize Group, he served on the management board of German retailer Metro AG for seven years and was CEO of Metro Cash & Carry for five years.

“We are delighted that Frans will continue as president and CEO of Ahold Delhaize, subject to shareholder approval. Since he started in this role in July 2018, the company has continued to build on its strengths,” commented Peter Agnefjäll, chair of Ahold Delhaize’s Supervisory Board of Ahold Delhaize. “Under Frans’ leadership, the ‘Leading Together’ strategy was introduced, which increased its ability to better serve its customers.”

“Frans and the executive team he built have demonstrated the long-term validity of their strategic choices, delivering solid financial results,” Agnefjäll added. “From this basis, the company is able to contribute positively to communities and address the challenges facing our society, like keeping healthy and sustainable food affordable.”

This past November, Ahold Delhaize projected accelerated growth rates beginning in 2023 that will generate another €10 billion ($11.44 billion) in sales by 2025. The company said at its Investor Day event that it forecasts net consumer online sales to double by 2025, when the retailer expects to achieve “fully allocated” e-commerce profitability.

Helping to power Ahold Delhaize USA’s growth will be a continued transition to integrated self-distribution, including for stores and e-commerce. In 2021, the company hit its target of 65% self-managed center-store volume and aims to reach 85% in-house self-distribution by end of 2022.

Adding share in key metropolitan markets is a cornerstone of Ahold Delhaize’s strategic plan, and to that end the company aims to establish “omnichannel ecosystems” that bring more convenience, personalization and value to customers via brick-and-mortar and digital channels. The concept is designed to capitalize on densely populated markets with strong affinities for Ahold Delhaize’s local supermarket banners.

“We have those e-commerce systems in place for our omnichannel proposition in the U.S. and Benelux as well,” Muller told Supermarket News in an interview earlier this year. “I believe in these kinds of things for the future. We started years ago with Peapod in Chicago as a delivery business. It has now moved into an omnichannel business, with stores and e-commerce under one brand roof. So it’s not Stop & Shop for the stores and Peapod for delivery. It’s Stop & Shop for the omnichannel view, in the store, delivery to your home and click-and-collect at the stores — all these different modes of fulfillment. That’s one big change. The next change will be that we connect an offer for merchandise that you cannot buy in our stores. And then if you think through the various shopping journeys, the same loyalty program, the same type of checkout, you make it very convenient and attractive for customers. That’s what we believe.”

Ahold Delhaize closed out its fiscal 2022 second quarter with 7,591 stores in the U.S., the Netherlands, Belgium and Central and Southeastern Europe, compared with 7,263 a year earlier, a net gain of 328. Ahold Delhaize USA ended the quarter with 2,048 stores, a net increase of four locations from 2,044 in the prior-year period, including nine opened or acquired stores and five closed or sold stores.

Yellen’s Next Milestone Is Name on US Currency

How the Global Spyware Industry Spiraled Out of Control