Several machines that that made motorsports history in the United States, including race cars driven by Mario Andretti and Richard Petty and a trio of motorcycles, will be on display at the Smithsonian’s National Air and Space Museum when its new “Nation of Speed” exhibition opens Oct. 14. 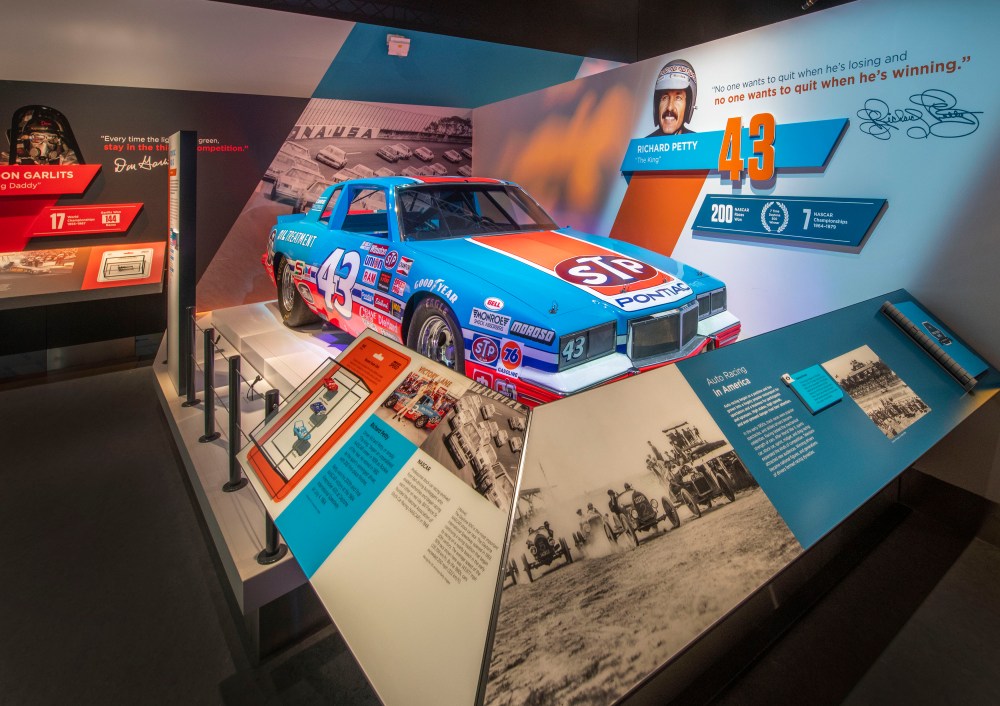 “Nation of Speed” is one of eight new exhibitions prepared for a reopening of the museum’s flagship building on the National Mall. All will explore how Americans have shaped their lives and the world by embracing technologies that shatter time and distance in the air, in space, on land and at sea.

“The combination of legendary race cars and motorcycles with our exceptional aerospace artifacts reveals new and interconnected stories of people and technology that have helped define our national experience,” said Jeremy Kinney, associate director of research and curatorial affairs at the museum. “It has been exciting to dive deeply into a broader world of motorsports that includes auto racing in ‘Nation of Speed.’ It reveals a common thread among the drivers, riders, pilots, team owners, engineers, manufacturers and mechanics engaged in competition: they pursued a quest for excellence and to be the best.” 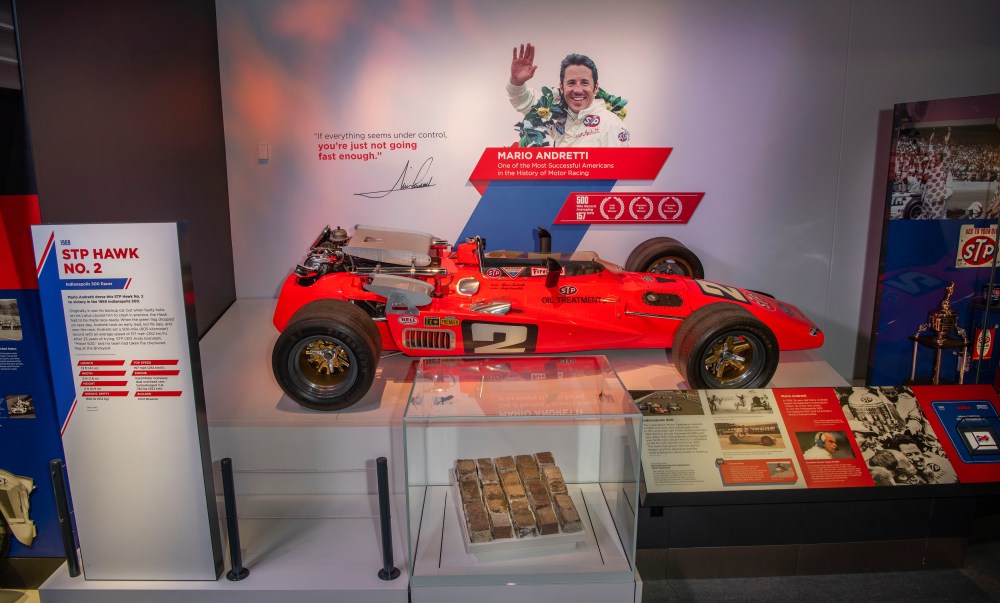 “Nation of Speed” explores the deep-rooted connection between people and machines through the history they made together to convey that the story of speed is central to the understanding of transportation, motorsports and the military in American history and culture. Included in the exhibit:

No. 2 STP Hawk IndyCar: Originally his backup car, this STP Hawk got Mario Andretti his only Indianapolis 500 victory in 1969.

No. 43 NASCAR Pontiac: On July 4, 1984, Richard Petty claimed his 200th and final NASCAR victory in the Firecracker 400 at the Daytona International Speedway.

1959 Chevrolet Corvette: Advertised as America’s sports car with its V-8 engine, fiberglass body and bold styling, the Corvette suited the everyday driver and the racer.

Curtiss V-8 Motorcycle: Before achieving fame in aeronautics, Glenn Curtiss started his career with motorcycles. Curtiss took this motorcycle to the Florida Speed Carnival at Ormond Beach in January 1907, where he recorded a record-setting speed of 136 mph (218 km/h) during his run and was dubbed “the fastest man on Earth.”

For more on the National Air and Space Museum, click HERE.

Most US adults support a ban on the sale of all tobacco products: CDC – USA TODAY

Will the housing market crash in the US in 2023? Here’s what the experts say – AS USA

Most US adults support a ban on the sale of all tobacco products: CDC – USA TODAY