The foreign secretary has said “mistakes happen” after the government performed a number of U-turns this week – but insisted replacing Liz Truss as prime minister will not calm the markets.

James Cleverly said the government does “not aim to make mistakes” but “in life, in politics, in business, mistakes do happen”.

He told Sky News’ Kay Burley at Breakfast programme: “What you’ve got to do is recognise when they’ve happened to have the humility to make changes.

“The prime minister and the chancellor have learnt lessons from what happened previously.”

Mr Cleverly also insisted replacing Ms Truss would not do anything for the country or the markets after they spiralled into turmoil nearly a month ago after Kwasi Kwarteng’s mini-budget announcement.

On Friday, Mr Kwarteng was replaced as chancellor by Jeremy Hunt who on Monday reversed nearly all the commitments made by his predecessor.

A YouGov poll taken on Monday and Tuesday found a majority of Tory members think Ms Truss should go and have buyer’s remorse as more think Rishi Sunak, who lost out to Ms Truss, would be a better PM.

But Mr Cleverly said: “What I’m far from convinced by is that going through another leadership campaign, defenestrating another prime minister, will either convince the British people that we’re thinking about them rather than ourselves, or convince the markets to stay calm and ensure things like those bond yields and gilt yields start coming back down.

“I totally get it. But that’s an emotional response, it’s not a plan. And the prime minister’s got a plan. The chancellor, he’s got a plan.” 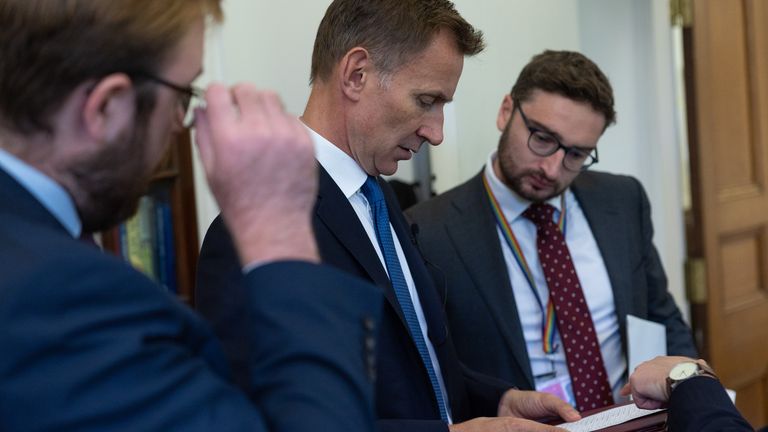 Impact of the Chancellor’s statement


He added that it is the same people who got rid of Boris Johnson who are now criticising Ms Truss.

“What’s happened for those people who defenestrated Boris, they didn’t have a plan for what’s happening next,” he said.

“And I just say again, look, what we need at this point is we need to get focused on delivery.”

On Wednesday morning, the Office for National Statistics (ONS) announced the rate of inflation rose to 10.1% in September after food prices soared – up from an annual rate of 9.9% in August.

Mr Cleverly said he would not be pre-empting the chancellor’s “medium-term fiscal plan” announcement on 31 October but promised the Treasury’s decisions “will be very much informed by those figures”.

He said the 10.1% figure is “significantly lower than we’re seeing in many other parts of the developed world” and promised the chancellor and his team will reveal “a full package of measures”.

The foreign secretary backed the PM’s commitment to growing the economy but said the UK and the world is “facing an unprecedented set of circumstances” with rising energy costs and the effects of the war in Ukraine.

Analysis: PMQs is a huge test for a prime minister trying to survive from one day to the next
Wales’ First Minister loses temper with Tories as he accuses them of making mess of budget and UK reputation

Concerns have been raised the chancellor will row back on the government’s 2019 manifesto commitments – including increasing benefits and pensions in line with inflation – following the massive U-turns on Ms Truss’ pledges earlier this week.

Ms Truss will face her third-ever Prime Minister’s Questions today, with a totally new economic plan from last week and a different chancellor.

MPs will be watching closely to see how she does at the despatch box against Sir Keir Starmer as Tory members and MPs question whether she should remain.

Glycerine and its benefits | The Daily Star