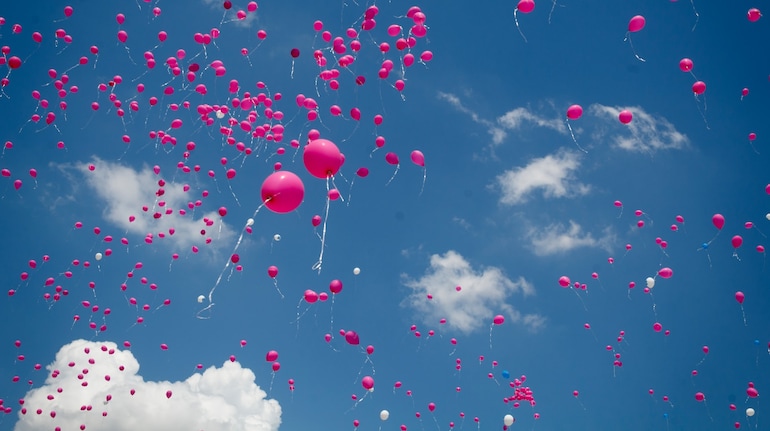 A crisis is a time of assessment. And much as it is about pain and fear, it can also be a time of an abundance of love. (Representational image: Peter Boccia via Unsplash)

Note to readers: My Family and Other Globalizers is a weekly parenting column on bringing up global citizens

There is one chapter in our lives as parents that we all hope to avoid. But we don’t always get what we wish for. The day I learned I had breast cancer, I was on vacation with my family, on an island off the coast of northern Spain.

The news came in the form of a phone call, informing me that a mammogram I’d had a few days earlier, showed a highly suspicious mass requiring an immediate biopsy. When I hung up, the seagulls that circled the island were raucous in their cawing and the sounds of children, including mine, running about in delirious delight, wafted in the humid air.

But I felt as though plunged underwater; the sounds muffled; my reaction slowed. Over the next two months I’ve been to the hospital over 30 times, had two biopsies, a lumpectomy and am now scheduled for further surgery and months of chemotherapy. In three, short-long months, I have transformed from the mother who pulls her children up mountains and laughs into the wind, into the mother who has to excuse herself from dinner at restaurants, to have a cry in the loo.

What is the proper comportment to adopt when breaking the news of serious illness to one’s children? You want to collapse with grief at the loss of your health, but you also want to protect your beautiful boys with all your fierce might. You want to reassure them that everything will be OK, despite the niggling knowledge that it might not be. And you want them to reassure you that everything will be OK, even though how could they know? It’s a mess of emotions to calibrate.

I have spoken to several women with similar diagnoses, past and present, and learned of the divergent strategies employed by them in dealing with their children. One friend simply hid her cancer from her children, who were 8 and 12 at the time. During her chemotherapy, when she lost her hair, she wore a wig day and much of the night, so the kids wouldn’t know anything was amiss. For her, it was a way of worrying about one less thing: her kids. It’s now been four years since she ended her treatments, and she’s never spoken about it with her children.

But I have taken a radically different course in talking with my children through every step of the diagnosis process. In doing so, my husband and I, have mostly adopted a matter-of-fact tone, including up front reassurances that “Mama is not going to die. It will be tough, but we’ll pull together, and she will get better.”

I have tried to emphasize that little, if anything, will change when it comes to their routine. They can still go on play dates and attend birthday parties. Their chess and piano classes will continue. Their mother will chase them about completing their homework even from her sick bed, so no slacking off!

Sometimes though, they have witnessed me distraught, heaving with volcanic hurt. It’s a process I tell them. We should allow ourselves to feel our sad feelings, so they can settle into something akin to determination. I might cry sometimes, but I also laugh and sing and take pleasure in life and books and words and autumn and them.

My 14-year-old has researched the histology of my particular carcinoma and is convinced of an excellent prognosis. He sneaks up on me and gives me giant hugs, even though he’s not big on physical affection. He balances the out-of-character niceness by cackling as he informs me that I’m soon going to look like a bald, boob-less man (which I am not, thanks to breast reconstruction and my general feminine elegance).

My 11-year-old makes me steaming cups of green tea and gives me foot massages, which I (lightly) exploit my cancer to extract from him in plentiful measure.

Our friends are in and out of the house. They offer help and conversation and cakes, and we accept it all. When I was at the hospital for the first surgery, a friend stayed at our place with the children. He organized a pizza evening for them, and talked about ancient Greece – two things they enjoy.

My husband has the boys helping with cooking dinner, cleaning up and feeding the cats. There are times they don’t like the extra chores.  When they complain, it takes a slightly tragic look from me, for them to become contrite, at least for the few minutes it takes to clear the table.

A crisis is a time of assessment. And much as it is about pain and fear, it can also be a time of an abundance of love, a richness of kindness, and a renewed determination to focus on the wonderful things. It has forged of my family a unit. One that quibbles and whines and has off days, but that together, is more than the sum of its parts.

No one would want to have cancer or wish it on anyone else. But what I do wish is for us to not waste the challenge in self-pity and anxiety over outcomes we can’t control. I want my family and I to learn resilience, gratitude for the good stuff and acceptance of the bad shit. I want my boys to understand the importance of caring for their own health and to nurture the skills of empathy and nursing that boys, in particular, often lack.

We are all travelling into new terrain. It’s not the most hospitable of places perhaps, but every new place has something to teach us, if only we have the eyes to look and learn.

“I Like Myself Now”: How Capital Blue Cross, UPMC in Central PA are helping make Harrisburg healthier