When it comes to ‘budget’ tablets, the Indian market can sometimes be very limiting in terms of options. Very often, you will find that most brands are offering the same specifications at more or less the same price. In the budget category—Rs 12,000 to Rs 20,000—finding a tablet that stands out can be a challenge. And this is what Redmi is hoping to change with its Redmi Pad. The latest tablet from Xiaomi’s sub-brand packs the promise of good performance with a stylish design. But is that enough? Here’s our review.

The Redmi Pad might be an affordable tablet, but the device does not look like a ‘budget’ offering. It comes with an all-metal body, the camera module at the back looks stylish and Redmi has even introduced this in a mint green colour option. I had the grey-coloured option with me, which looks stylish, though the lack of a cover means the back is quickly covered in smudges but the screen itself should keep most users happy. But the best part about this Redmi tablet is just how lightweight it is, weighing around 465 gram—that’s less than the iPad (9th gen). That second aspect might appeal to a lot of folks looking for a 10-inch affordable tablet that is not bulky.

The Redmi Pad gets a 10.2-inches display with 2000×1200 pixels resolution and a 90 Hz refresh rate. The display itself is excellent, especially if you are buying this tablet from an entertainment perspective. I used this mostly to watch shows on Netflix such as Derry Girls and Rick and Morty on this. I also used the Kindle app to finish a book title and found the experience quite good. But the big screen might not be suited for some games as Genshin Impact just looked terrible on this resolution. The Redmi Pad also comes with quad speakers and Dolby Atmos certification, which means the audio quality was quite good. The audio is not jarring as such which can be an issue on some budget tablets. 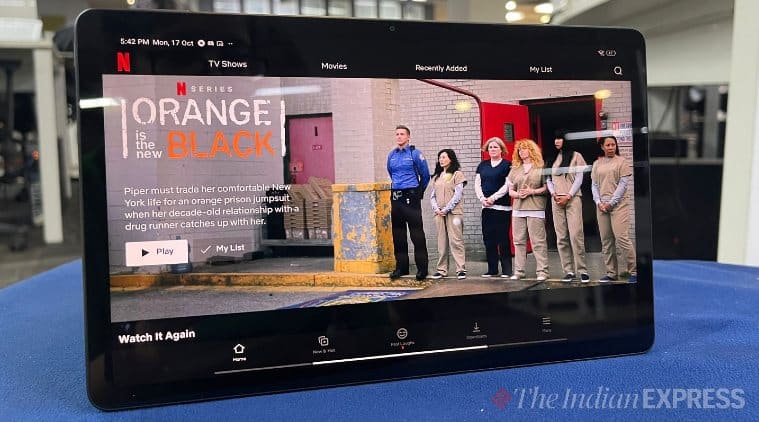 The Redmi Pad runs MIUI 13 with Android 12 and will get two years of software updates, which means Android 13 and 14. It will come with three years of security updates as well. The Redmi Pad gets a similar software experience as the more expensive Xiaomi Pad 5 which is good to see. Thankfully, there is no bloatware either. Features such as floating windows, split view, etc work well on the Redmi Pad without any hiccups, and multi-tasking should not be a problem for users. The Redmi Pad is not compatible with Xiaomi Pen that launched with the Xiaomi Pad 5, though it will support any ​​capacitive stylus. I don’t have one, so I could not see how the device would respond to this.

The Redmi Pad comes with the Helio G99 processor and I have the 6GB RAM option for review. The tablet works fine with basic daily tasks and some gaming. But the performance is not all perfect. 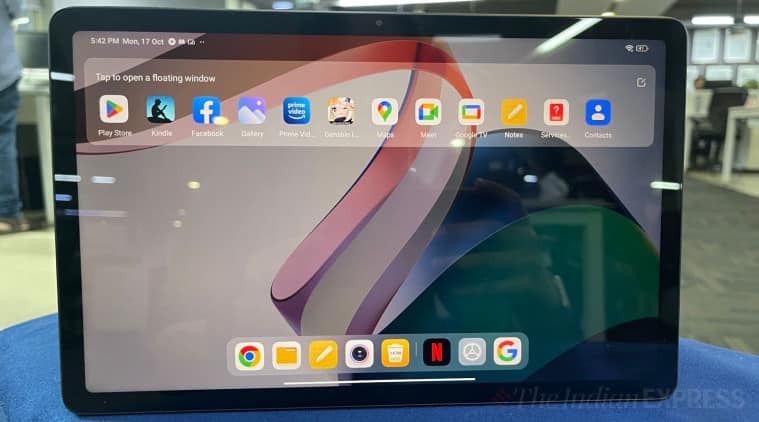 The device also comes with an 8MP front and rear camera. The rear camera continues with a document mode which users will appreciate. This was seen on the Xiaomi Pad 5 as well. I’m not someone who relies on the tablet for their photos, but the camera is good enough for taking pictures in bright light. The document mode remains very useful when taking pictures of notes, etc.

The tablet has an 8000 mAh battery with 18W charging support. It will take around four hours to get this to 100 per cent—presuming you are totally out of charge. In my experience, with a 20 per cent charge left, the tablet was fully charged to 100 per cent in around two and a half hours. But the battery will easily last more than two days even with the most heavy-duty usage, including a lot of gaming, binge-watching shows, etc. The battery life of this tablet is its strong suit.

The Redmi Pad’s big distinction is supposed to be around the performance. And while I liked the daily performance, you can see that once you push it too far, the tablet has its limitations. There are moments when you see a slight lag or stutter as you open the multitasking window or even when switching between apps. I played Asphalt 9 on the tablet, which worked fine, but then more resource-intensive games like Genshin Impact just don’t look so great and can be a struggle. But to be fair, it’s not something I expect a tablet like this to run smoothly as the experience is not designed for the bigger screen. This is not to say the Redmi Pad has terrible performance, it’s just that at times, I could see a hint of sluggishness. 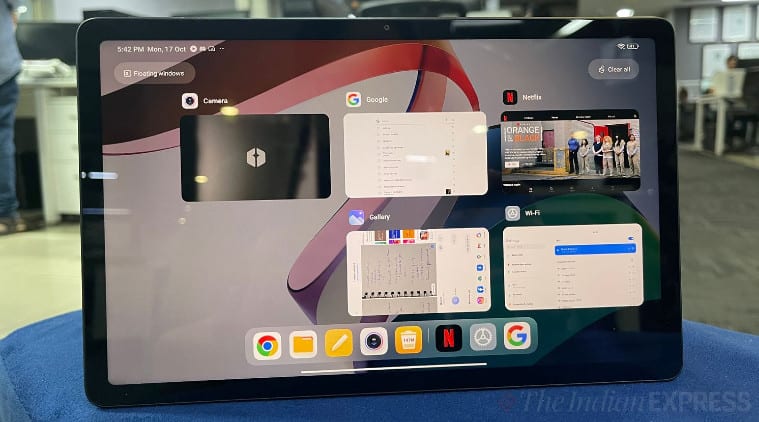 Redmi Pad review: Should you consider it?

When it comes to picking a tablet, software and hardware both play a critical role. With the Redmi Pad, both work well in sync, though the performance is perhaps not all that it is hyped up to be. Where I think the Redmi Pad enjoys an advantage compared to some others I have reviewed with a similar price tag is with the battery and the display. If you are looking for a budget tablet, the Redmi Pad delivers well for the price.

What was the issue with YouTube on iOS devices?