WASHINGTON — Using campaign-inspired selfie filters and quick videos urging people to register to vote, candidates and advocacy groups have taken to Snapchat for political advertising in 2022, and none more so than those on the left.

Candidates and interest groups have spent more than $10 million on Snapchat political ads this year, an increase of more than 1,600% since 2018, the first year the social media platform allowed political ads.

Yet, it’s a drop in the bucket compared to ad spending on other social networks, according to J. Scott Babwah Brennen, head of online expression policy at the University of North Carolina’s Center on Technology Policy.

“There are single (ad) campaigns that are bigger than that,” Babwah Brennen said.

The political ad tracking firm AdImpact projects more than $1.4 billion will be spent on digital advertising as a whole during the 2022 election cycle.

“I think that campaigns writ large tend to be vastly under-using Snap as a platform and probably over rely on some other places, especially Facebook, to reach these younger voters,” said Andy Meyer, a partner with the progressive political consulting agency AL Media, which has placed more than $875,000  of political ads on Snapchat this year.

Planned Parenthood Federation of America spent the most on political ads this year, dropping more than $552,000 on infographics and short videos about abortion access nationwide. Several other Planned Parenthood affiliates add an additional $471,000 in issue-based ad spending.

Sen. Raphael Warnock, D-Ga., is the top-spending candidate on Snapchat, in line with his position as the highest-spending 2022 Senate candidate in general, according to Federal Election Commission data.

Warnock has spent more than $306,000 on Snapchat political ads since the start of the year. While some ads take specific jabs at his opponent, Republican Herschel Walker, ad campaigns Warnock spent the most on simply encourage Georgians to vote.

Dakota Shultz, a political unknown who ran for Missouri’s 6th Congressional District and lost in the primary after receiving fewer than 5,000 votes, is the highest-spending 2022 Republican candidate, placing $3,045 in political ads on the platform.

“Republicans would be missing an opportunity by not investing in these platforms, because elections are about persuading and mobilizing voters,” Meyer said. “We found that Snap is one of the most efficient ways to reach these younger voters who are crucial to our efforts to win these elections.”

Republicans’ disinterest with Snap might stem from the voters they’re trying to reach. While the platform is an access point to thousands of young people, many of whom have never voted, young voters do tend to lean left, according to Pew Research Center.

“Republicans, I think, do more often feel kind of more confident in their ability to reach their main demographic groups through other modes of advertising – digital and non-digital,” Babwah Brennen said.

The buildup to the 2020 election and its aftermath, when former President Donald Trump refused to concede the election and claimed mass voter fraud, shook up digital political advertising on most major social media platforms.

On Snapchat, all political ads are reviewed by humans to ensure the advertisements’ accuracy, Snap spokesperson Pete Boogaard told USA TODAY in an emailed statement. The Poynter Institute, a nonprofit media institute and newsroom, independently reviews the ads for accuracy, as well.

“Snap only started accepting political ads in 2018, and we have one of the strictest political policies for ad review to ensure that we protect our community,” Boogaard said.

If that changed, “I think we’d spend less money on Snap,” Meyer said. 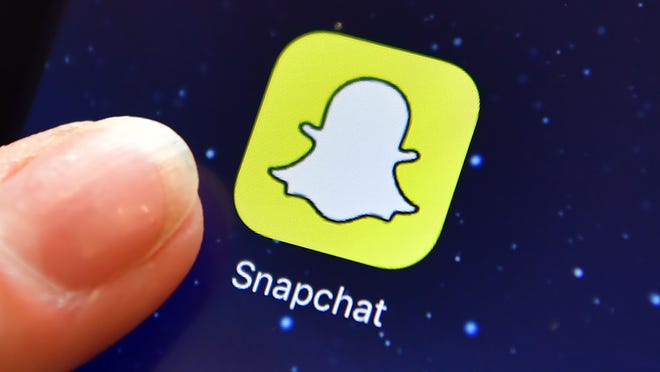 On the road for politics, Va. Gov. Youngkin skips travel for trade