Kayden Read is 11 years old and is controlling a highly sophisticated robot that can locate and detonate bombs, with a joystick.

“I get to move it, and it’s super cool, that’s what I like most about it,” Read says.

Robots of all shapes and sizes will be roaming the floor of the Southampton Coliseum Friday, and this weekend, as part of the Nuclear Innovation Institute’s first-ever, SWERVE Technology Expo.

“SWERVE is a technology festival. It’s an expo. It’s an experience. A chance for people to touch, see and play with robots. Essentially, doing a whole lot of things that don’t happen in everyday life,” says Nuclear Innovation Institute CEO Bruce Wallace. 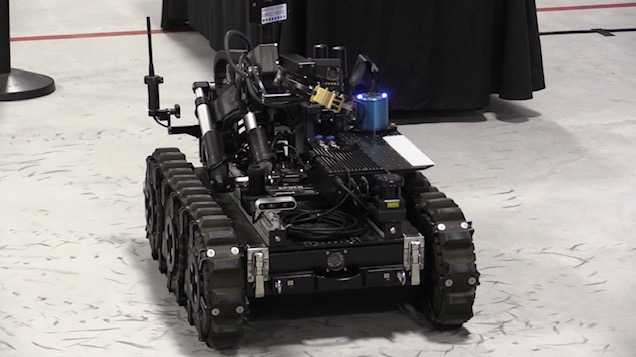 Like having a robot dance or bow to you, as Dave Niewinski demonstrates with his YYouTube-iinspired creations

“A Roomba in your house is a very simple robot, all the way to a self-driving car, which is a robot, essentially. They’re everywhere, so it makes sense to get used to them,” says Niewinski.

But, this three-day tech expo isn’t just about fun and entertainment.

The Nuclear Innovation Institute’s focus is on energy, specifically nuclear energy, and other future forms of electrical production, which is why there are displays demonstrating what “pumped storage” and “hydrogen production” might look like. 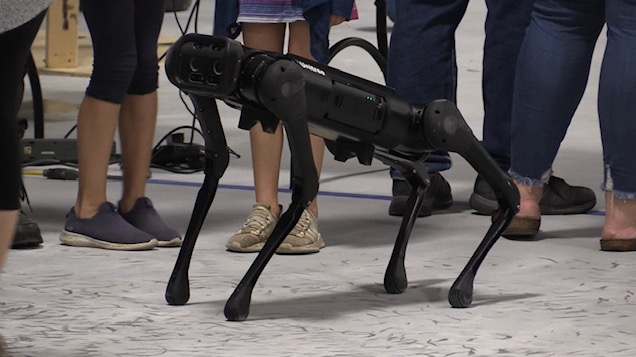 Technologies currently under development to produce electricity in Ontario.

“We’re asking people to go through a very complex, complicated, potentially expensive, difficult, politically fraught energy change. And the more that everyone can understand how things work, what the consequences are, the better off we’ll be,” says Wallace.

Like the robot that 11-year-old Kayden Read was operating, a bomb disposal robot that is being trained to inspect nuclear reactors. 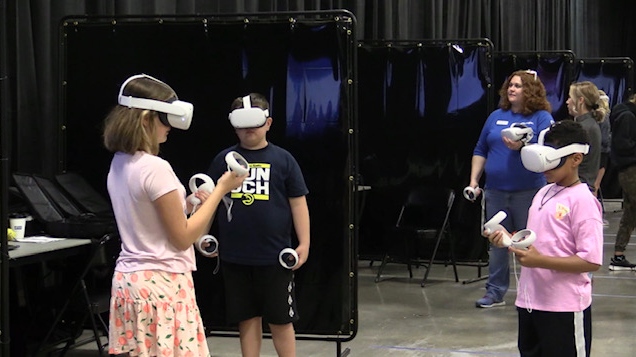 “You can save time, but more importantly, reduce radiological dose. So, people going into environments that are generally hazardous to them, we can limit that kind of hazard by having a robot do that kind of work,” says MacDonald, Dettwiler and Associates (MDA) engineer Michael Fader.

Whatever the MDA robot can do, 11-year-old Ben Fredericks thinks it’s really cool.

“It can hold stuff, and see stuff, and it has tracks on it. This would be a really cool job to have in the future,” he says.

SWERVE runs Saturday and Sunday at the Southampton Coliseum, and it’s free and open to the public. You can learn more at www.NII.ca/swerve.

The Three Cryptocurrencies Called To Save Crypto Traders From Doomsday Are Litecoin, Ecash, And Big Eyes. – CryptoMode

Tips for Christmas shopping this holiday season amid high inflation

US producer quits Hollywood to do up UK family pile