With 14 jurors having worked their way through 2,215 submissions from 61 countries, Bologna names its ‘Ragazzi’ for 2022. 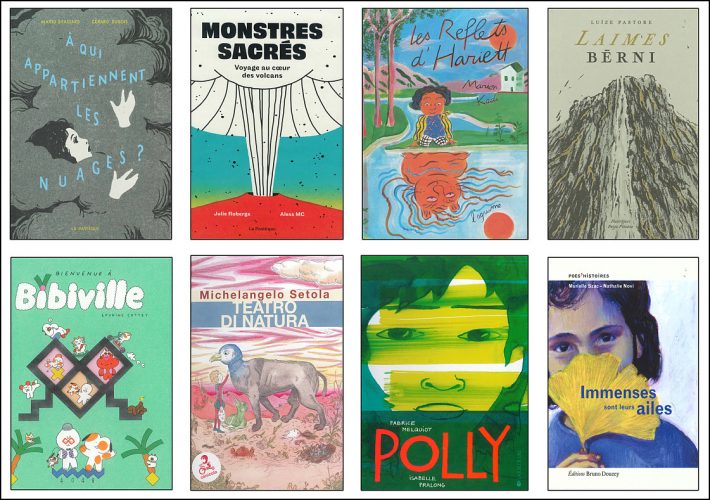 An eye-watering 2,215 books were submitted from 62 nations for this year’s Bologna Children’s Book Fair‘s Bologna Ragazzi Awards. Consider that with 1,577 submissions coming in last year, the difference alone–638 titles–is enough to make some book-competition jurors run out of the room. So heavy was the interest that the deadline for entries was extended from the 14th to the 28th of January.

The Bologna organizing team reports “new and eclectic” trends emerging from that mountain of submissions, “with the coronavirus COVID-19 pandemic as an underlying theme running throughout.”

France gets bragging rights this year, with four of the eight lead awards. Canada is next, with two. And one award each goes to Latvia and Italy.

In fiction, Bologna reports “themes including children as both individuals and groups, notably often in outdoor settings. The trend toward inter-generational caring relationships drew some works toward death, suffering, and sadness, as well as some elements of the past, and responsibility to the environment. In nonfiction, language seems to have been a focus, and with “graphic design and illustrations being used to convey the essence of language.

“Many examples from different cultures,” the report from jurors tells us, “explored language through anagrams, palindromes, and plays-on-meaning. Similar trends were seen in the various literary genres.”

Comic book production has continued its growth, we’re told, and tends increasingly to we targeting younger readers. “Stylistic horizons,” as the jurors put it, “are being pushed back to combine two different traditions: the comic and the picture book.”  This trend, they say, is often led by publishers “new to comic book production and eager to experiment with freer styles and narrative approach.”

And it’s a good year for poetry to be made the program’s special category for this year (last year it was cross-media work): “Poetry received even more candidates this year,” jurors say, including submissions from new countries including Iceland. “Entirely new poetry series have been created targeting new readers and offering works from different languages.” 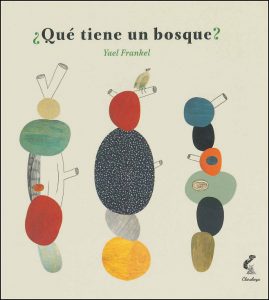 A special mention recipient in the Fiction category

One of the best elements of this big jump in submissions is that some 21 more countries and regions have participated this time, up from 41 last year. New countries include: 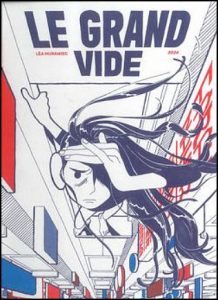 What’s more, three African countries are participating this year for the first time:

This year’s seriously hardy jury panels met in Bologna for two days of “full immersion,” as fair organizers put it, poring over long tables of submitted books, reading, discussing, comparing notes. After we give you the winners here, we’ll add the names of these people of such stamina, the jurors who have selected the top content of the year.

Organizers tell us that key themes in this year’s strongest material have included inter-generational caring relationships; debate around language, and the quest for even better graphic design.

The Ragazzi program is designed to boost the visibility of strong content in children’s books in a way that can help support international rights sales and the work of authors, illustrators, and publishers

The categories in this year’s Ragazzi Awards are:

Those 2022 jurors–the people with the stamina to handle more than 2,200 submissions–were led by the group handling fiction, nonfiction, debut work, and the New Horizons categories: 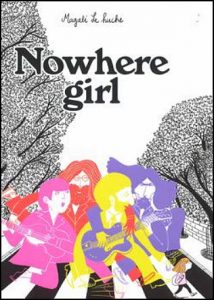 And in the special 2022 Poetry category, jurors were:

By clicking on each winning book cover, you can see a given category’s special mentions, as well.

In a first, the fair plans to have a “Bookshelf Exhibition” of some 100 finalists in this year’s competition on view at BolognaFiere.

This is Publishing Perspectives’ 36th publishing and/or book awards report in the 37 publication days since our 2022 operations began on January 3.

More from Publishing Perspectives on the coronavirus pandemic and its impact on world publishing is here.

Porter Anderson is a non-resident fellow of Trends Research & Advisory, and he has been named International Trade Press Journalist of the Year in London Book Fair’s International Excellence Awards. He is Editor-in-Chief of Publishing Perspectives. He formerly was Associate Editor for The FutureBook at London’s The Bookseller. Anderson was for more than a decade a senior producer and anchor with CNN.com, CNN International, and CNN USA. As as an arts critic (National Critics Institute), he was with The Village Voice, the Dallas Times Herald, and the Tampa Tribune, now the Tampa Bay Times. He co-founded The Hot Sheet, a newsletter for authors, which now is owned and operated by Jane Friedman.

More Hannibal children have chance to get free books

Brandon Taylor Has a New Book, and Oprah Daily Has the Cover Reveal