Looking for Black-owned businesses to support on your next visit to New Orleans? Try these spots located in Tremé, the oldest African American neighborhood in the United States.

Black culture and history are the heartbeats of New Orleans. As the oldest African American neighborhood in the country, Faubourg Tremé, commonly referred to as Tremé, is the epicenter of a fusion of Black culture that tells the story of the African descendants that elevated the rhythm of the city.

Although Tremé holds a lifetime of traditions and cultural practices that locals work effortlessly to sustain today, Tremé faces a rapidly advancing threat: gentrification. The closing of many Black-owned businesses over the past few years and investors buying up property in the neighborhood in the name of urban renewal has left the legacy of many Black-owned businesses in a state of uncertainty.

These businesses are essential to the story of the community, and where you spend your money could make the difference between a business staying open or closing in the future. We put together this Black-owned guide to Tremé, so you know exactly what local businesses and initiatives to support on your next visit to the Big Easy.

An intimate introduction to Tremé is seamless with Tremé Luxury Experience, a local cultural tour company whose pride lies in curating authentic experiences in and beyond Tremé. Owner Hollis Burton has always been part of the cultural fabric that is New Orleans. Born in the Iberville Housing Development, just a few blocks from Tremé, Hollis learned from his community and culture how to represent the rich nature of the city, from food to fun. As a former Mardi Gras/Second Line King of Tremé and current culture bearer, Hollis has implemented his ideas into a successful tour company that gives visitors the real, unfiltered reality of Tremé. Whether it’s a bar crawl or a cultural walk to historical sites around the neighborhood, a tour with Hollis will set the foundation for the rest of your journey through Tremé.

Continue Reading Article After Our Video

As blooming blares of the brass band fill the blocks of Tremé, you’ll know when the Second Line is in full motion. What started as neighborhood celebrations for the African American community in the 19th century has become an ingrained aspect of culture for New Orleanians. Historically, the Second Line is the result of social aid and pleasure clubs formed during the 1800s whose work was rooted in providing fellowship and financial aid for medical and burial services that were often denied to freed Black people by mainstream (white) institutions. The tradition of the Second Line is alive and can be celebrated in Tremé every Sunday and witnessed during special celebrations like weddings and funerals. On “Secondline Sundays,” members of these organizations dress in flashy outfits and lead community members up and down the streets of Tremé, dancing in the name of tradition and having a good time. 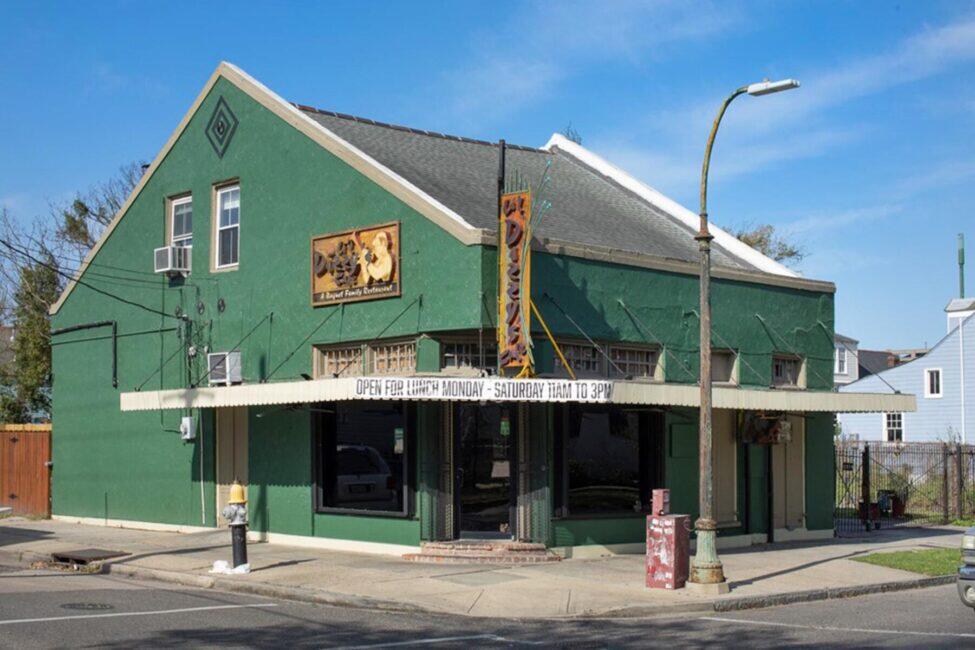 With the food always hot and served out of the pot, as their slogan conveys, Lil Dizzy’s Cafe has been a community favorite in Tremé since its opening in 2005. Serving the Tremé community with a seamless fusion of Creole and soul food-centered dishes, a visit to Lil Dizzy’s Cafe is a must when in this historic neighborhood. Lunch at this Black-owned establishment in Tremé means supporting the Baquet family, who has played an undeniable role in the New Orleans food scene with impressive ownership of several restaurants. The COVID-19 pandemic caused the restaurant to close temporarily (almost permanently), but under new leadership within the family, Lil Dizzy’s Cafe lives on to continue serving all the shrimp grillade and gumbo you can eat!

When the lights lay low, you know it will be a good time at Kermit’s Treme Mother-in-Law Lounge. The lounge initially opened its doors in 1994 by musician Ernie K-Doe who named the lounge after one of his most popular songs, Mother In Law. The lounge was closed for several years but reopened by Kermit Ruffins in 2014 and has been providing Tremé with entertainment ever since. Known for hosting live musicians, serene jazz and blues tunes fill the air as guests enjoy great drinks and food. You may even stop by and see Kermit on the grill himself if you’re lucky!

Haitian influence rings throughout the city of New Orleans. After the Haitian Revolution in 1803, many Haitians migrated to the city. The influence is captured through the music, architecture, and, most importantly, the Creole flavors permeated into New Orleans cuisine. Fritai is a Haitian restaurant in Tremé serving the local community with a taste of Haiti while keeping a New Orleans flair with every recipe. Owned by Haitian-American Charly Pierre, Fritai aims in Pierre’s work to continue bridging the gap between food and community through motivational speaking engagements, community events, and food demonstrations.

INSIDER TIPIf it’s your first time at Fritai, order the Fritai Sandwich and thank us later! The sandwich features the meat of your choice positioned between two fried plantains topped with mango sauce, avocado, and Haitian spices.

Congo Square was an open space where free and enslaved Africans met every Sunday when Louisiana was still under French and Spanish colonial rule. What began as a marketplace to exchange goods in the 1740s later emerged into a meeting ground to celebrate their heritage by playing music, singing, and dancing to their native tunes by 1803. Congo Square was one of the only places enslaved people could mass congregate and let loose with their community. African influences and cultural expressions can be seen through Mardi Gras Indian traditions, the Second Line, jazz, and other New Orleans traditions. Today, the open grounds of Congo Square lie within a corner of Louis Armstrong Park in Tremé, where visitors come to honor the legacy of the people who once graced the grounds of the space.

Dooky Chase’s Restaurant has been around since 1941 and is not only Black-owned but family-run. Dooky Chase holds a special place in the heart of Tremé residents. The restaurant was a gathering place for prominent civil rights leaders like Martin Luther King Jr. to discuss local and national civil rights issues.

The restaurant has even hosted celebrities and public figures like former President Barack Obama and Solange Knowles. Dooky Chase’s is best known for its lunch buffet stuffed with New Orleans staples throughout the week.

Located on Bayou Road, which connects to Tremé and hosts a stretch of Black-owned businesses in New Orleans, the Community Book Center has provided the community with physical resources for Black education since 1983. The center was founded by Vera Warren-Williams, who, as a former substitute teacher, struggled to find books that reflected the triumphs of African Americans. As a result, the Community Book Center was birthed and has presented a library of books and resources suitable for all ages that tell the stories of African descendants and sell African-inspired commodities like textiles, clothes, jewelry, and shea butter.

Another historic eatery, Willie Mae’s Scotch House, has earned itself the reputation of having the best fried chicken in America by the Food Network. Once a bar, barbershop, and beauty salon, Willie Mae’s is only a few blocks from Tremé. Order a generous-portion fried chicken platter and add candied yams to the side, and you have yourself lunch from one of the most recommended places around Tremé. 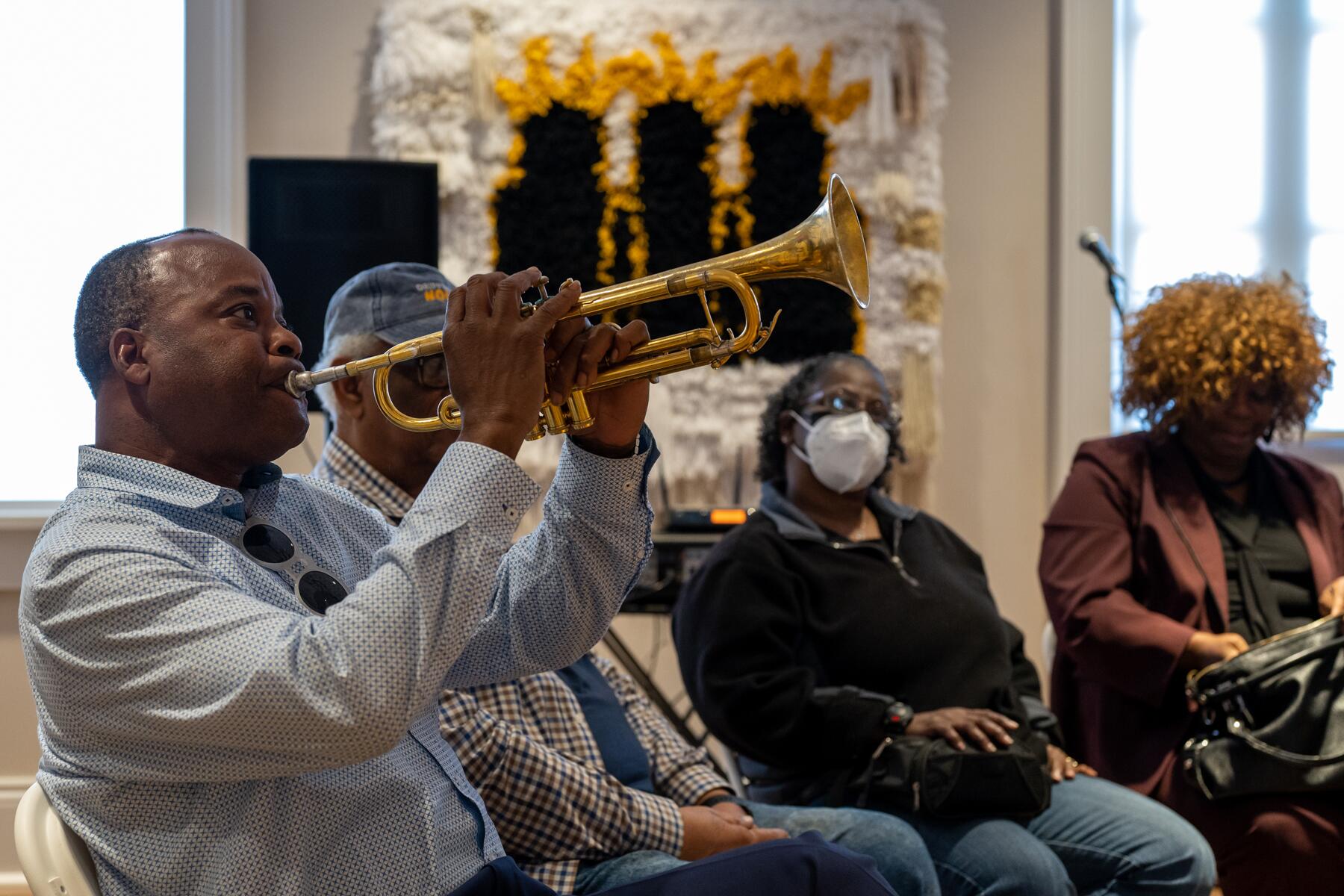 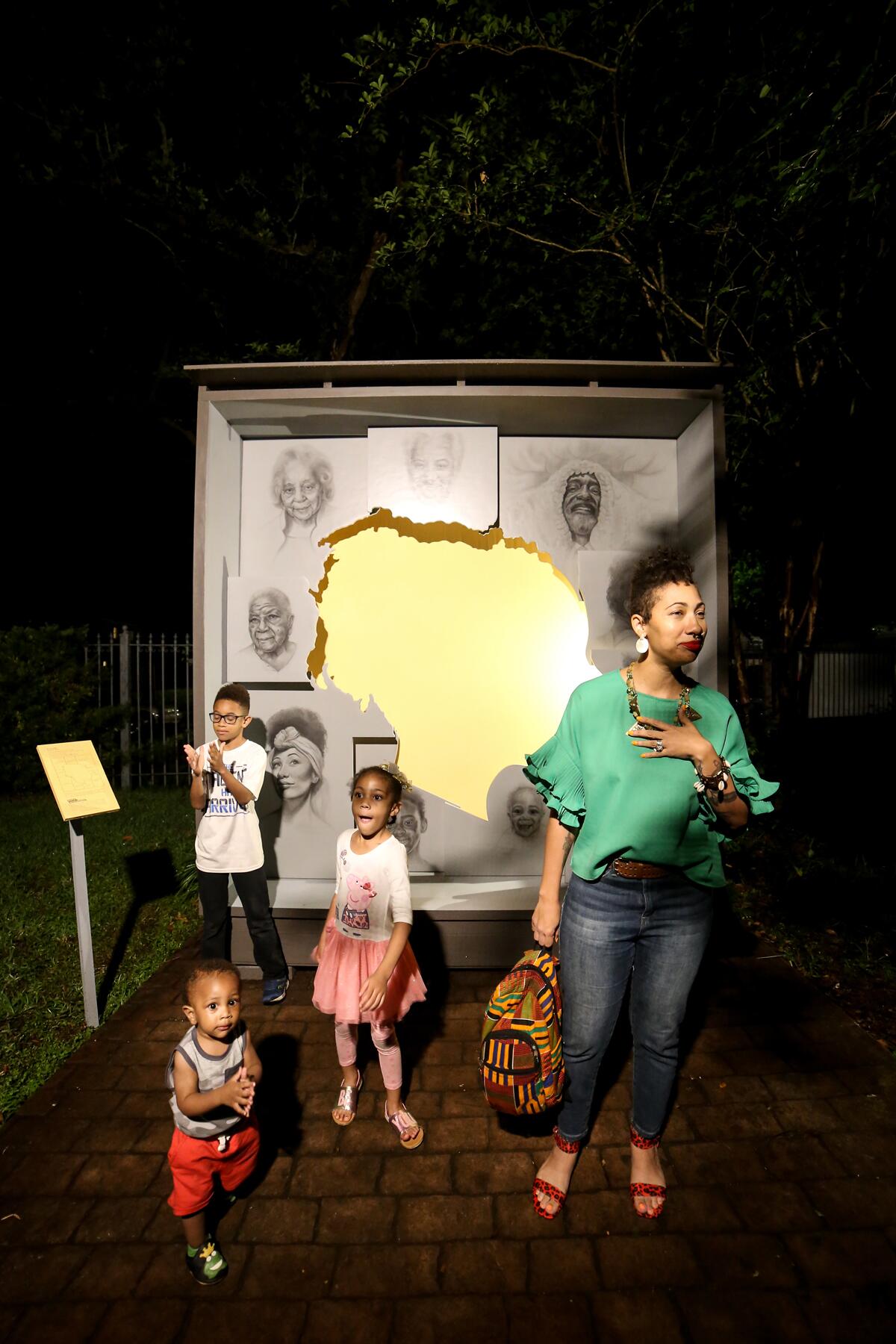 The New Orleans African American Museum contains exhibits of artwork, photographs, and recounts of the events that took place right in the city. Situated in Tremé, the museum has received over 8,000 guests since its reopening in 2019. With the goal of preserving the history and elevating the art, culture, and contributions of African Americans in New Orleans and the African Diaspora, the museum serves as a reminder of the root of many traditions in New Orleans.

When ​​Sylvester Francis began showcasing his photographs from community cultural events and his Mardi Gras Indian memorabilia from his car garage in 1988, he couldn’t have imagined then that his ideas to showcase New Orleans culture would today be a museum located in Tremé that has gained the attention of worldwide visitors. The Backstreet Cultural Museum is a recollection of New Orleans’ African American traditions through the access to exhibits, costumes, and photographs—-all helping visitors to piece together the stories of cultural traditions like social aid and pleasure clubs, and Skull and Bone gangs.

What should travelers do with all these cruise credits?

WEC assessing Sebring alternative for US round from 2024