Jurgen Klinsmann, who has picked Brazil and Argentina as his favourites to win the World Cup, writes how Argentina is peaking at the right time. He also stated his reason why there have been more goals in the second half during this tournament.

In his newsletter for BBC, he wrote about how “we are all Messis”.

“I was really happy for Argentina though, because, in a certain way, we are all Messis. We want the kid to do well and get a chance for his first World Cup trophy, or at least go far in the tournament. The Argentina fans were incredible, it was the most fanatical fan base I have seen in this tournament – and I have seen a lot of games!” Klinsmann wrote.

“They were singing their national anthem from half an hour before kick-off, and this was the entire stadium, not just a block or two. It was like being in Buenos Aires. Other sides have had wonderful support too – Morocco and Tunisia especially – but Argentina’s were by far the best I have seen.”

Klinsmann reckons Argentine midfield is kicking into next gear as the tournament has progressed. Argentina’s Lionel Messi looks on during the World Cup. (AP)

“The rotation in the front three between Alvarez, Messi and Di Maria was excellent and the midfield three worked very well, with De Paul doing a crazy amount of work. They won almost all the one-on-one battles, and Poland were left to just bunker in front of their own 18-yard box. Argentina thoroughly deserved the win and could have scored a lot more goals … The fans will have liked what they saw too as this was huge progress for Argentina.”

Why there are more goals in second half?

Klinsmann put it down to the conservative approach of the coaches but believes it will all change in the knockouts.

“We are seeing that the majority of goals are being scored in the second half, including all seven scored on Wednesday. When teams are relying to some extent on the other results in the group they can be very cautious, they especially don’t want to go a goal down in the first half and so they are not going at full speed or full risk. 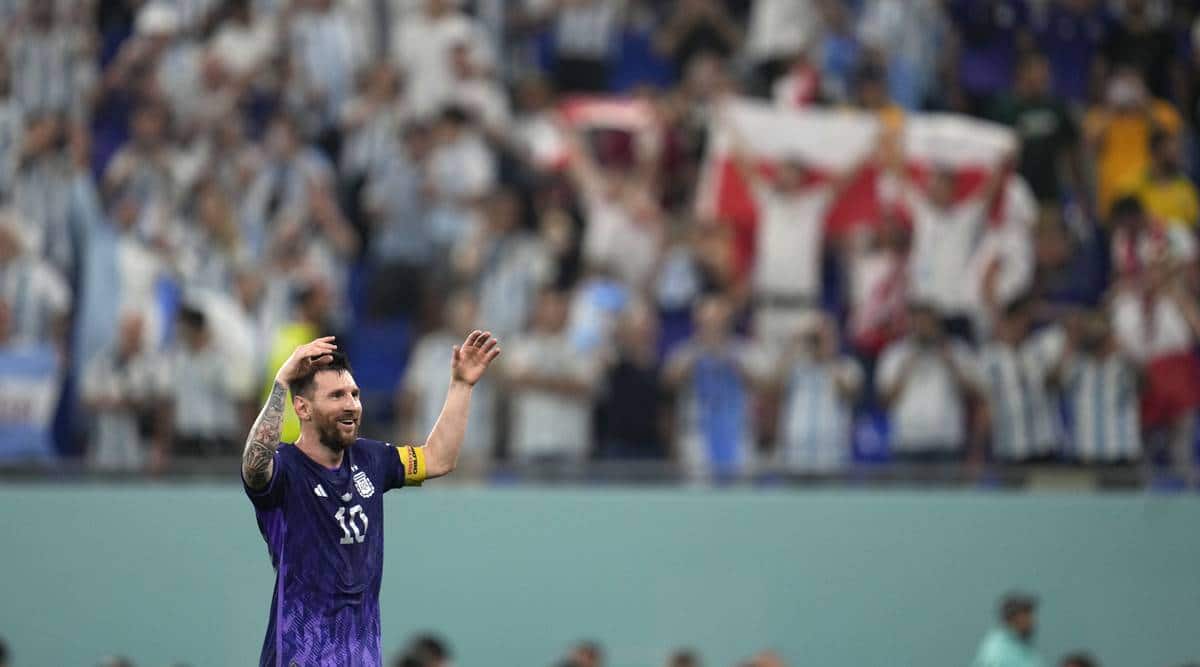 Argentina’s Lionel Messi reacts after a World Cup match between Poland and Argentina at the Stadium 974 in Doha, Qatar. (AP Photo)

Then, in the second half, depending on their own quality and the opposition, if they are capable of going in a higher gear then right away they go at the other team. We saw this today with Argentina, they had a lot of tempo immediately in the second half and with this approach you can score some goals.

You can see there is a cautious approach from quite a few coaches, in the first half they don’t want to concede and they open up in the second half. However, I think after these group stage games we will see a different pattern emerge.”